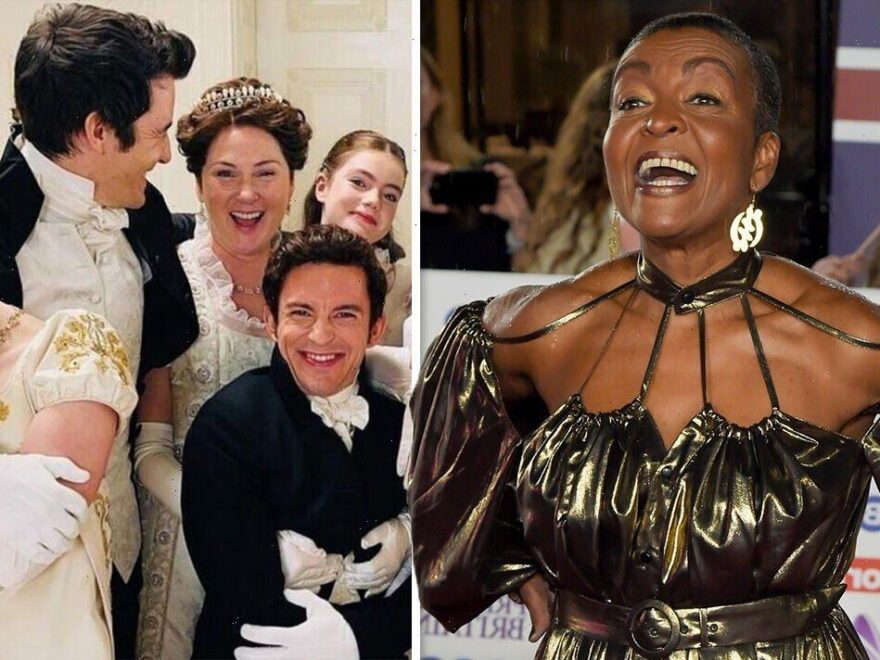 Bridgerton: Adjoa Andoh reveals they 'muck about' behind the scenes

Adjoa Andoh, 59, who plays the iconic Lady Danbury in Netflix hit Bridgerton, spoke exclusively to Express.co.uk about “mucking around behind the scenes” at the Pride of Britain awards in October. Fans will be eagerly anticipating a release date for season 3, following news that it has been pushed back due to the screenwriter’s decision to stop the show from going in a “darker” direction.

Asked if she could reveal any unexpected details about the upcoming season, Adjoa was determined to keep her cards close to her chest.

“I can’t share the funny or surprising things yet,” she confirmed, “But there certainly are (those things) and quite spectacular things as well!”

When it came to backstage pranks, the actress admitted the Bridgerton cast were “constantly mucking around” on set.

“We spend all our time mucking around… Yeah, we do,” she confessed.

READ MORE: Cliff Richard’s agony as friend who lived with him for 30 years dies

“Sometimes if we’re deeply in the back of shots, we may not look quite as we’re supposed to.

“There’s a lot of mucking about going on. When you’ve got lots of actors hanging around all day, you’re going to get trouble!”

“So yeah, there’s a lot of that going on all the time.”

Adjoa also reflected on the surreality of watching the child actors grow up around the older cast members as they enter their third season.

“Well I mean Will, who plays Gregory – if you look at his photograph from the beginning of season one…” she said.

“He’s just at the age when children grow… Enormously! So he went from being a boy to a young man,” Adjoa continued.

Bridgerton made its debut on Netflix back in 2020 and, thanks to its huge popularity, has been commissioned for a further two series.

Fans have been eagerly waiting for the third season to drop, as the latest enstalment will focus on Penelope Featherington’s (Nicola Coughlan) love for her best friend’s brother Colin Bridgerton (Luke Newton).

However, reports suggest that filming for series three has now come to a halt because executive producer Shonda Rhimes wasn’t happy with the direction the storyline was going.

A source told The Mail Online: ‘We have been told that it needs the fun back so there are changes, which of course means delays.

“One thing is for sure though, the production team want to get it right for Bridgerton fans so they enjoy it as much as they have in the past.

“There are some elements that Shonda is just not happy with so wants to change them. Some of it got very dark.’