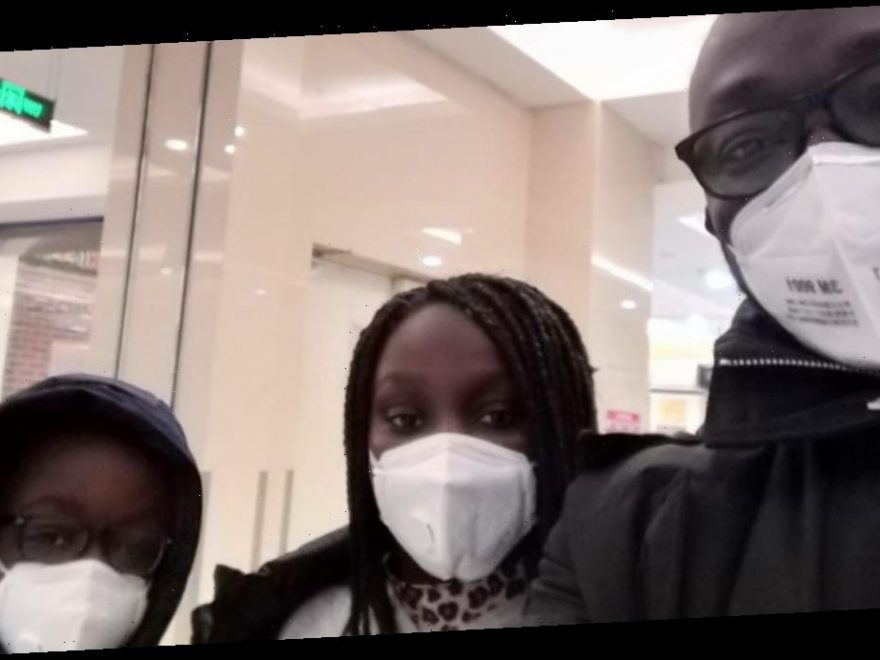 A British dad says his family is stuck in China as they can't collect their passports from the British embassy because it's always 'shut'.

But after the outbreak of coronavirus the 46-year-old, along with his wife Akos, 42, and children Nessya, 10, and Ely, eight, are desperate to return to the UK.

His wife and daughter's renewed passports are in the Beijing embassy and they've been unable to get hold of them.

Michael says despite advice from UK officials that offices are open, every time he tries to get in touch they are closed.

He says his son has asthma and they are worried if he has an "episode" he will be admitted to hospital and treated for the "wrong thing" – as one of the coronavirus symptoms is shortness of breath.

Michael described the situation as extremely stressful and claims they have exhausted all options to try and get out of China, as advised by the UK government.

Speaking exclusively to Mirror.co.uk, Michael said: "We can't get anyone to speak to us just to collect the passports and leave. I have tried everything.

"It's been very stressful. The plan was to leave on Saturday but this wasn't possible as we haven't been able to get in touch with anyone here in Beijing to collect our passports or even the possibility to get an emergency travel document.

"The frustrating part is that all calls made here say the offices are closed even though on their website it says they must be open.

"My son has asthma and the fear is that if he should have any issues he might be treated for something completely different as he will be presenting signs of the virus.

"He is usually hospitalised when he suffers an episode but I don't want that to happen here. As he has an underlying issue I need to get out soon but this is not possible because the embassy is not working.

"The main stress is they have advised us to leave if we can before it gets difficult to leave.

"Just now I have received breaking news advising nationals to leave if they are able to.

"We just want to come back [to the UK] until everything dies down. Schools are closed now so there's no point being here."

But he said the main fear for them is their son, adding "we don't want anything to happen."

Michael said his wife and daughter sent their passports off for renewal on January 10, before the coronavirus outbreak hit China.

He believes the British embassy offices in Beijing shut on January 24 for the Chinese New Year holidays but hasn't seen them open since, despite advice from UK officials.

"My wife and daughter renewed their passports. According to HMPO (passport office) they were printed off on the 20th," he told.

"The assumption is that they should be here by now as it's sent off by DHL, but the visa office is closed to collect the passports.

"We've tried all avenues for information on how to collect them but no luck.

"The message on the embassy phone says they are closed even though I got a message from the FCO today that they are open today.

"I've been calling since the 29th of January but calls are being diverted to the crisis centre in London who are not able to give us any help from here.

"The embassy advice is to leave while you can as it may become impossible later but they are rather sending their staff away and not helping on how nationals anywhere else can get help. "

He added: "We just need help to collect our passports so we can leave.

"The FCO is advising us to collect an emergency travel document, but yet again their offices are closed here to be able to get that too.

"And if we even manage to get that, we need to collect an exit visa to leave which will take another five to seven working days.

"With the current situation and the fact the offices are still closed, that will even take longer to get as there is every chance there will be a backlog to go through."

Michael says they don't go out anywhere at the moment unless they need to get food, and says others are trying to stay indoors as well amid the outbreak.

British nationals in China have been urged to leave the country over the outbreak of coronavirus.

In a statement, Foreign Secretary Dominic Raab said: "The safety and security of British people will always be our top priority.

"As such, we now advise British Nationals in China to leave the country if they can, to minimise their risk of exposure to the virus.

"Where there are still British Nationals in Hubei Province who wish to be evacuated, we will continue to work around the clock to facilitate this."

Mirror Online has contacted the Foreign Office for comment.