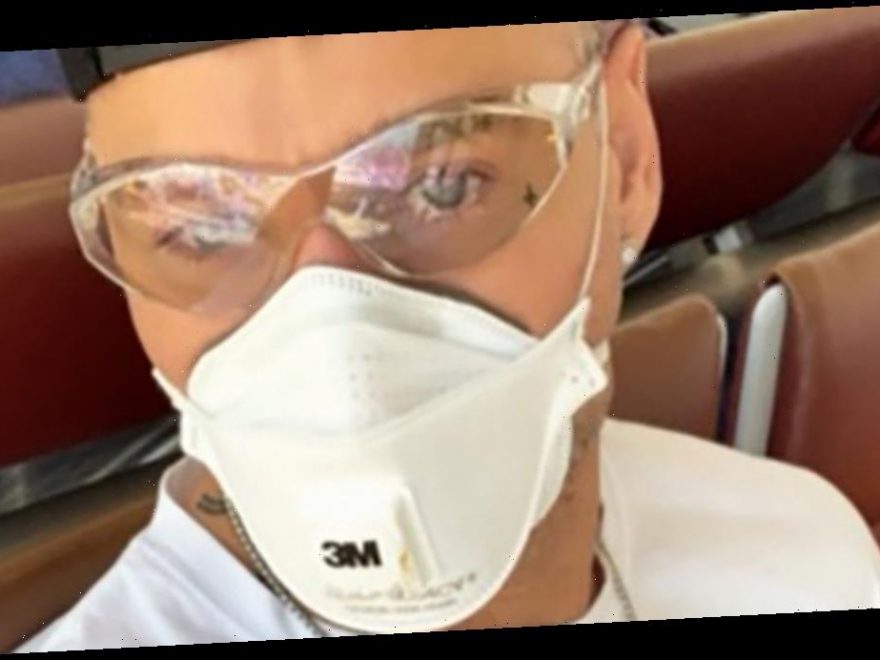 A Brit returning from coronavirus-hit China has been left shocked that he has not been tested for the deadly virus.

Dan James – a superstar club MC in China – fled the country over fears of illness as the virus spreads around the globe.

He had been living in Nanjing, around 300 miles from the virus' deadly epicentre in the city of Wuhan.

But Dan was shocked to find no tests as he arrived at Heathrow – despite the pilot announcing a health check on the plane.

The 34-year-old said: "I was surprised and concerned at this.

"I was expecting a military operation with everyone getting swab and temperature tested."

But Dan says to his surprise passengers just waited in their seats for 15 minutes, and then got to collect their bags.

"There were no procedures in place or health checks," Dan said.

"I was really shocked, I think it's crazy.

"I know most flights from Wuhan get put straight into quarantine – but because I flew via Hong Kong I seem to have slipped through the net.

"For my peace of mind, I would have liked there to be some final examination when I got off the plane but there was nothing."

Dan, who is back living with his family in Brighton, explained he is concerned for their health.

He said he called NHS 111 with his concerns – who were equally surprised he hadn't been checked – and staff told him to monitor his condition.

Dan has tried to isolate himself in his family home.
"Thankfully I feel fine," he added.

Five people on the South Coast city have now been diagnosed with the deadly disease.

It is thought they have contracted it from a British businessman who recently returned from Singapore described as a "super spreader".

The businessman and scout-leader Steve Walsh, 53, today spoke out from his hospital bed, saying he has beaten the deadly infection and his thoughts are with anyone else who may have contracted the virus.

He remains in quarantine at Guy's Hospital in London, where he told how he had no symptoms until he re-entered the UK.

Authorities fear Mr Walsh may have come into contact with hundreds of people – and unknowingly infected at least 11 between contracting the virus and his isolation.

The Department of Health has described the virus as a "serious and imminent threat" to public health.

More than 1,000 people have died in China so far, after the disease spread from Hubei province.

Most regions have been placed into lockdown, and people have been unable to return to work.

Dan had been living in China for seven years.

But he explained Nanjing had turned into a ghost town, with people reluctant to go outside in fear of catching the disease.

When he left there were 25 cases in the city, in Jiangsu province, and now there are thought to be around 100.

"It was scary, the streets were completely empty," Dan said.

"On social media there are so many scare stories, it's impossible to know what to believe.

Dan quarantined himself in a deserted hotel, which had locked the front doors.

He flew back to Britain in fear on February 1 after hearing airlines were cancelling flights.

He said in Nanjing everyone was given a temperature test, and almost every passenger was dressed in a mask and goggles.

But on the flight to London from Hong Kong only about half the people wore masks.

Public Health England's advice on travellers from parts of China outside of Hubei province – the virus' epicentre – is to monitor their health closely.

It says: "If you have returned to the UK from any of these areas in the last 14 days and develop symptoms of cough or fever or shortness of breath, you should immediately stay indoors and avoid contact with other people as you would with the flu.

"Call NHS 111 to inform them of your recent travel to the country.

"Please follow this advice even if your symptoms are minor.

"We are asking people to take simple, common-sense steps to avoid close contact with other people as much as possible, like they would with other flu viruses."