Britney Spears paid tribute to her teenage sons who she says are growing up way too fast for her.

The singer got emotional expressing a mother’s love after Sean and Jayden celebrated their birthdays last week. Jayden turned 15 on September 12 and Sean turned 16 two days later … Brit shares custody of her kids with her ex-husband, Kevin Federline.

Britney said, “My boys’ birthdays were last week … and unfortunately they are growing up and want to do their own things … I have to ask their permission to post them because they are extremely independent little men.”

She said it’s astonishing to her how fast they’re growing up … literally and figuratively. She said it makes her crazy “because they are so tall and geez they are still growing.” What’s more … Brit said the boys went to a dance last week … and it made her emotional.

Britney said, “They went to a dance last week and I cried for two days. My babies in a suit!!! It’s crazy!!! And girls get ready cause my boys are so handsome!!!” 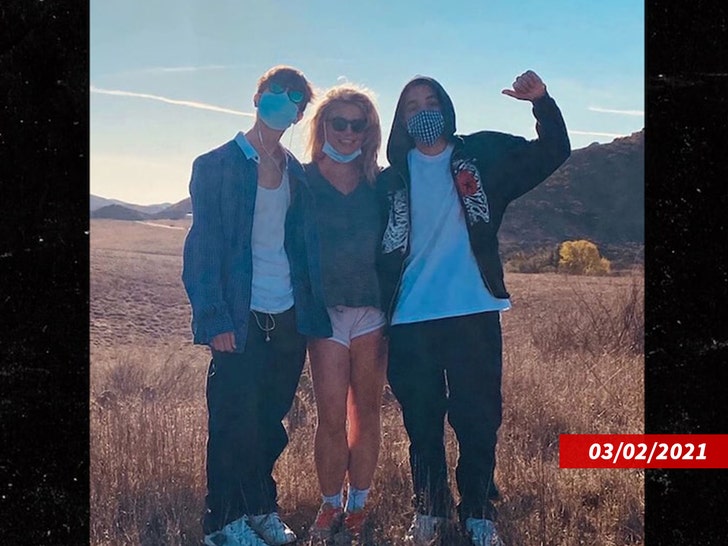 The tribute, of course, comes one day after the singer deleted her Instagram. Remember, she took it down for all of 7 days but returned to update her fans about her weekend getaway to Palm Springs to celebrate Sam Asghari popping the question.

Britney, who reiterated later in her post there’s a lot she can’t share with her fans because her kids are very private, ended her post by saying she’s incredibly blessed “to have these two little men in my life” and that she loves these “two little devils so much.”