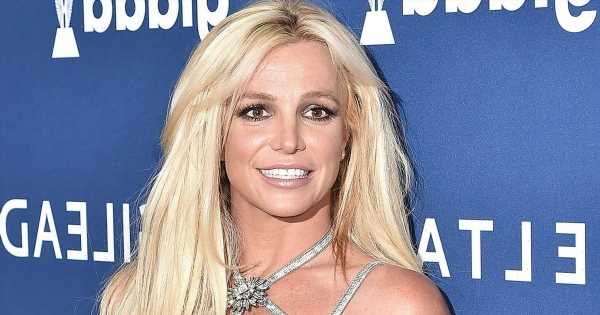 Britney Spears has responded to her son Jayden who is opening up in an interview that is set to air on ITV News.

Daily Mail has reported that he talks to Daphne Barak about why he missed Britney’s wedding.

Jayden explained that “at the time”, it “wasn’t a good time to go” and clarified that he is “really happy for them”, but she “didn’t invite the whole family”.

READ MORE: Britney's son breaks silence on broken relationship with mum and says it 'can be fixed'

Britney has taken to Instagram to address the interview and uploaded a message in response.

She wrote: “I’ve tried my best at being the best person I can be… to be basically held hostage in homes under nurses and bulls*** I hope my kids one day understand my reasoning of my play in water, revealing myself as any woman would, being held under blankets and supervision under the conservatorship!”

She went on to say that “finally at 40” and “without the restraints of what her family did to her”, she “sends all the love in the world” to her son Jayden “every day for the rest of her life”.

Spears said that her love for her children “has no boundaries” and that it “deeply saddens her” to know that he said she wasn’t “up to his expectations of a mother”.

Brit then wrote a heartbreaking message and said that “maybe one day they could meet face to face” and discuss the matter “openly”, but asked Jayden to explain “why their family would do that to someone”.

Spears then called out her children’s father and claimed that he “hasn’t had a job in 15 years” and “smokes weed”.

She then called Preston a “teacher in her life” and said that it was “horrible to see his dad being a hypocrite”.

Britney told her kids that they are “brilliant” and that she is “so proud to call them hers” before she urged them to “pick up a book” prior to “resorting to thinking about her intellect”.

The pop singer then called out her “me maw” and “paw paw”, which are presumably the children’s grandparents, and told Jayden that “if he can honestly say that what they did to her was fine”, then she has “failed as a mother”.

She finally asked them to “chat with their father face to face” and “try to learn what’s good”, before signing off with a thumbs up emoji.