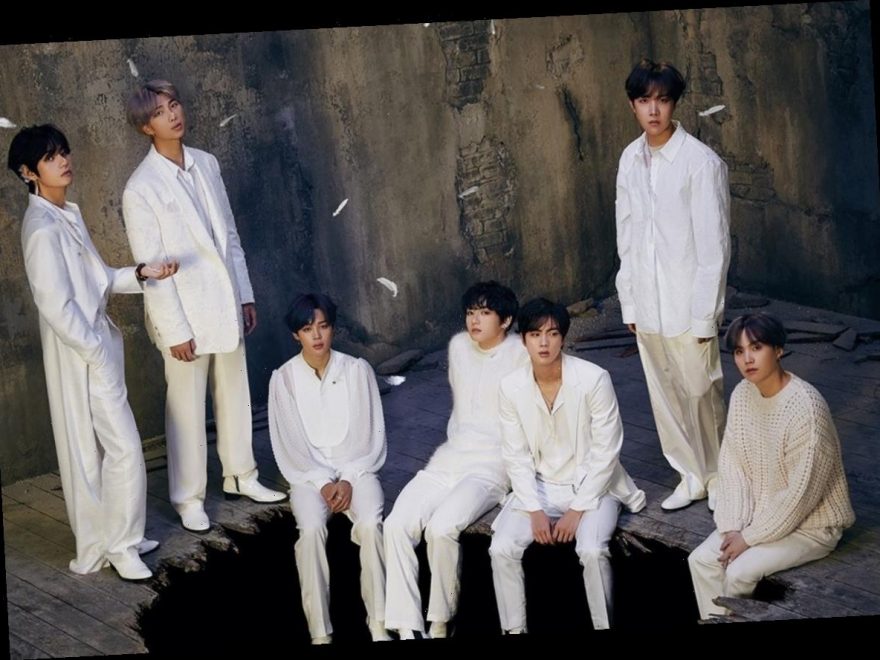 Map of the Soul: 7 is less than 24 hours away from dropping. The BTS ARMY is so hyped to hear BTS’ new album, and one of the tracks they’re most excited to hear is the group’s MOTS: 7 lead single, "ON." While the full song won’t drop until Feb. 21 along with the album, BTS gave fans a sneak peek through the video-sharing platform TikTok. BTS’ TikTok preview of "ON" has fans desperate to hear the whole track because it sounds that good.

On Feb. 19, TikTok announced it will give fans an exclusive preview of "ON" at 1 p.m. PT/4 p.m. ET on Feb. 20 — a whole 12 hours ahead of the release of MOTS: 7. Even before its official release, MOTS: 7 already achieved huge feats, as it accumulated over 4.02 million pre-orders. The album is reportedly the most pre-ordered South Korean album of all time. To go along with this historic achievement, BTS has done something they’ve never done before: give fans a preview of their lead single through TikTok. In fact, BTS is reportedly the first artist to ever introduce a single using the app.

The 30-second preview is now here, and you can check it out below.

According to a press release by Big Hit Entertainment, "ON" dives into the hip hop genre, and the lyrics reflect BTS’ seven years of being together. Although the preview only provides a snippet of the song, fans are already liking it so far.

According to a fan translation by @choi_bts2, BTS sings,

Since the song is available on TikTok, that means fans are able to use "ON" for their own videos on the platform, too. Both TikTok and Big Hit encourage fans to share their own video creations with the song using the hashtag "ONChallenge."

In September 2019, BTS joined TikTok and in just three hours and 31 minutes, they accumulated one million followers, breaking the record for the fastest time to reach that number of followers. On top of that, their first video received four million likes in less than three days. As of February 2020, the group has over seven million followers. Since BTS joined the platform, they’ve given fans videos of themselves doing J-Hope’s "Chicken Noodle Dance," as well as clips of themselves playing with hilarious Halloween filters.

There’s no doubt fans will be busy making their own fun TikTok videos to hype others for the release of MOTS: 7.