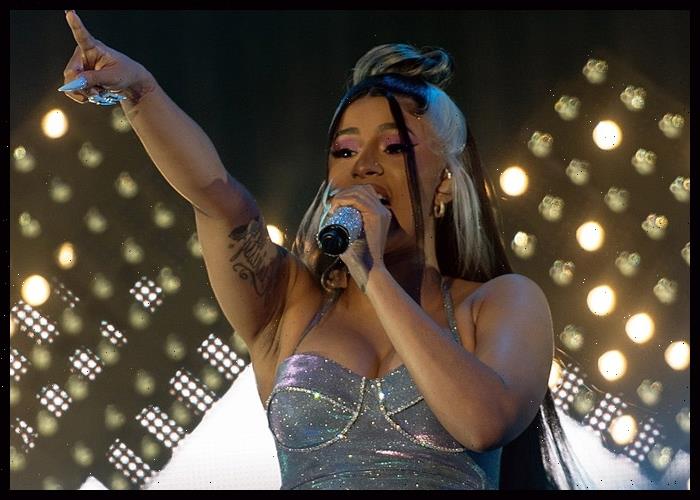 The visual, captured by TikTok user @lippyleah, shows Cardi, with a drink in one hand and a mic in the other, launching into the song.

“Anything you wanna hear/ But that’s just who I am this week/ Lying in bed/ Next to the mausoleum,” she wails a capella as the crowd excitedly sang along.

“Cardi b singing fall out boy first thing after midnight on new year’s day is exactly how i wanted to start my year,” the TikTok user wrote on the clip. The clip also features Offset on stage, playing to a different part of the packed crowd.

“Sugar We’re Goin Down,” was released as the lead single off Fall Out Boy’s 2005 record, From Under the Cork Tree. The song peaked at No. 8 on the Billboard Hot 100, and reached No. 3 on the Alternative Airplay chart and No. 2 on Pop Airplay.