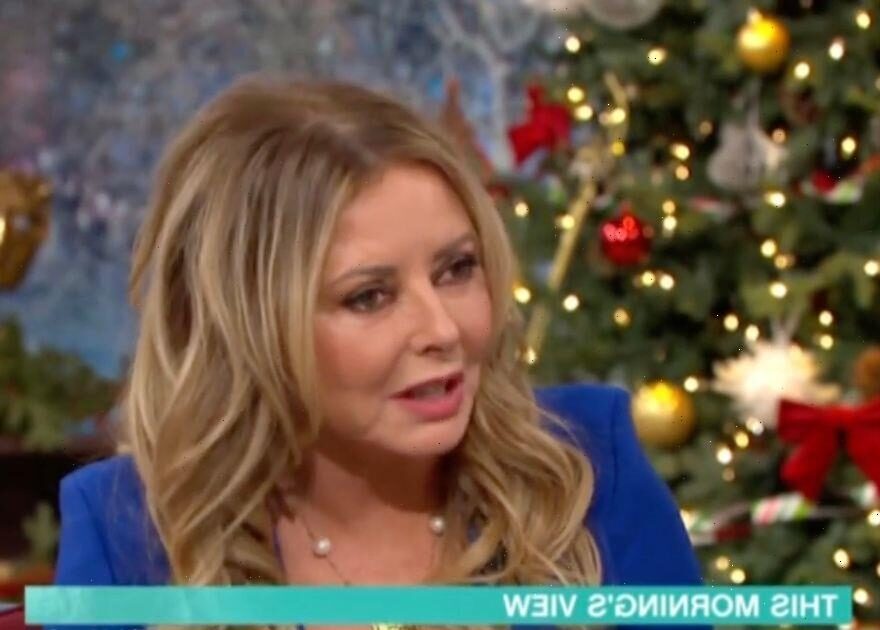 Carol Vorderman has weighed in on the Duke and Duchess of Sussex’s Netflix documentary series, as she slammed the couple for being “spoiled”.

The presenter, 61, gave her thoughts as she appeared on This Morning today alongside Gyles Brandereth to discuss the final three episodes of Prince Harry and Meghan Markle’s series, released yesterday, with hosts Alison Hammond and Dermot O'Leary.

Carol mentioned that she had spent the previous day binging the last instalments, wasting “six hours of my life I can never get back”, and said, at one point, she got “very angry” watching.

Though the Countdown star complimented Meghan, 41, on being “bright” and said she and Harry, 38, “had a point” in the series, she shared that she felt there was “no generosity of spirit”.

Carol said: “I got very angry, not at anything they particularly said about the Royal Family, but more of rejection of the whole concept that everybody watching, everybody here was going through lockdown and Covid".

She continued: “There was no generosity of spirit towards those who have suffered.

“I felt there was a sense of being spoiled and overprivileged."

Carol empathised with Harry and Meghan on the intrusion they’ve faced, which is expressed in the series, however shared that she thought there were inconsistencies shown the documentary.

She said: “All of us, to some degree, have been through that.

"If you're going to come out with a strong story, whatever it might be, please check you're not saying one thing back in March on Oprah, and you're now saying something else."

Meanwhile, Celebrity Gogglebox star Gyles, 74, disagreed with the portrayal of Nottingham Cottage in the series, where Harry and Meghan were shown to have first moved in together after getting married.

He said: "I've been in Nottingham Cottage – it's not that small, it's a beautiful cottage."

Alison, 47, said of the refuted claims: “Meghan can’t control what is being put into the papers.”

Speaking on the mental health issues Meghan has suffered, which is discussed further in the Netflix series, Alison shared her understanding and sympathy towards Meghan.

She continued: “Obviously, all of this that happened, she was going through mental health issues.

“And I’m sure when you’re going through mental health issues, you’re probably not going to be the nicest behind-the-scenes.

“That could come across as bullying to some people.”