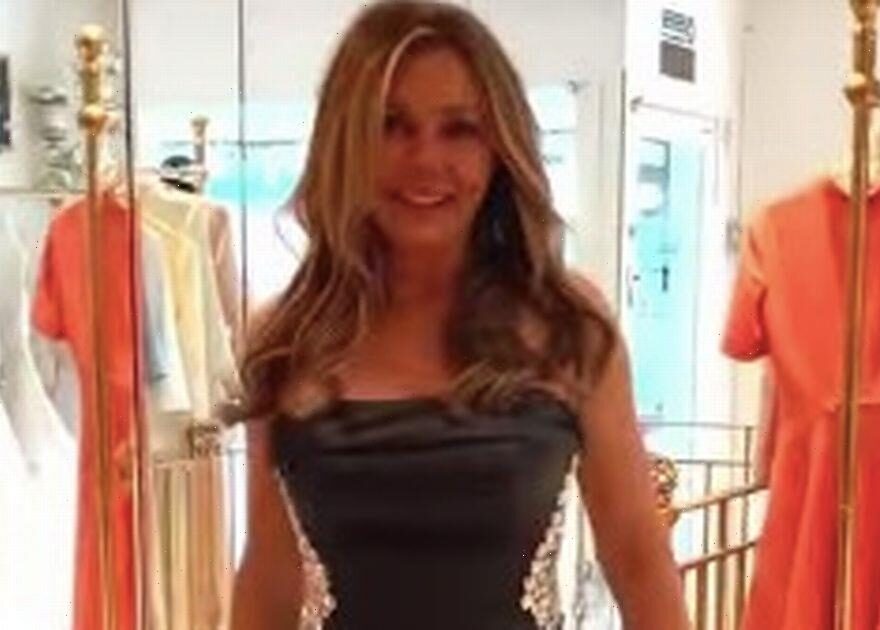 Carol Vorderman is no stranger to taking to the red carpet in glamorous gowns, but this year the TV star has made the decision to re-wear dresses from 2018 and 2021.

The former Countdown presenter, 61, who is hosting the Daily Mirror’s Pride of Britain Awards alongside Ashley Banjo, will be wearing not one but two of her pre-worn gowns to the ceremony on Monday night, which have been upcycled.

Carol, who is hosting the star-studded ceremony for the 24th time, revealed she’s had alterations on the dress to make it adapted and transformed for the occasion.

Carol took to social media to show off her stunning dress which is made from a dark grey silk and is cut in a bandeau style.

The Isabell Kristensen dress was first debuted on the red carpet four years ago.

The TV star will also wear a stunning red Suzanne Neville gown she wore to present on stage at last year’s awards on the red carpet.

Carol wrote on social media: “In the spirit of hand me downs and sustainability… @ashleybanjogram and I are wearing beautiful outfits for this years Pride of Britain which we’ve worn previously.

“Ash is wearing the suit he wore as best man at @jordbanjo wedding earlier this year and I’m wearing a stunning gown which I wore on stage for POB in 2018.

“The dress is a lovely silk and it’s been a great, sustainable process.

Carol previously shared her delight of how the event will be “doing things a little bit differently” this year in terms of sustainability.

“We’ve been working hard to make the whole event as green as we can,” she told the Mirror.

“As part of that, for my red carpet and on-stage outfits, I’m wearing two dresses that I have worn before, so we’ve upcycled two of the amazing dresses that have been made for me.”

And it’s an idea she is fully behind adding: “I love it, I wouldn’t buy any new clothes if it was up to me.”

Carol said: “At Pride of Britain we always reflect what is going on in Britain as much as we can. Given the cost of living crisis, people have to cut back so it is only right that we recycle these dresses.”