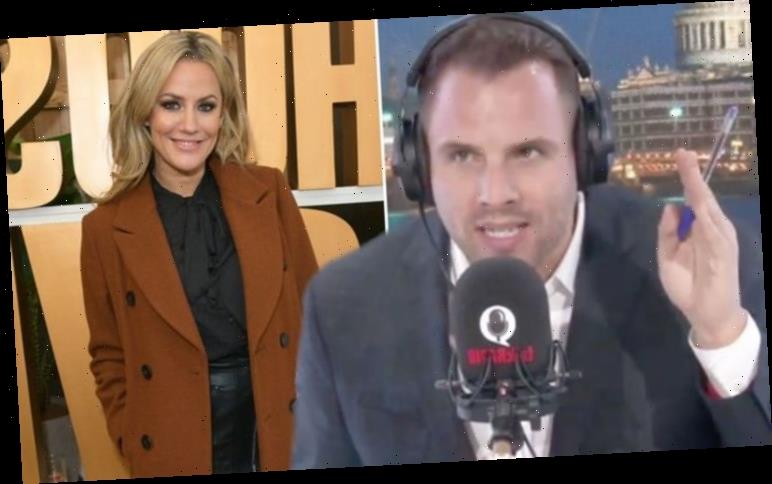 Caroline Flack was found dead in her London flat on Saturday at the age of 40 after taking her own life. The former Love Island host’s death resulted in ITV2 pulling the weekend’s episodes of the show as well spin-off series Aftersun this evening out of respect. However, Caroline’s “close friend” Dan Wootton has hit out at the broadcaster for its coverage of her death in the days afterwards.

Dan described today’s coverage of Caroline’s death as “pretty despicable” in a debate with actor Andy Newton-Lee as they debated whether or not Love Island should be axed by the network.

The discussion began as Dan asked Andy: “Of course, we are talking this hour about the tragic death of my friend Caroline Flack and now what should happen.

“Should ITV axe Love Island? A show which has now been connected to the suicide of three famous people in this country.

“I’m joined by Andy Newton Lee, he’s the former Hollyoaks actor and celebrity who knows what it’s like to be thrust into the public limelight and Andy today you were calling for ITV to axe this show, why?” 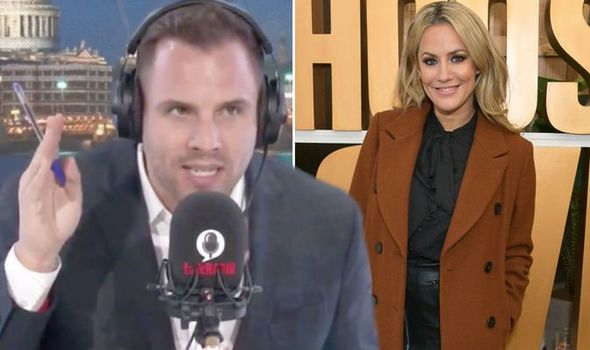 Andy replied to Dan: “Since we spoke on Saturday, since I put that Instagram post and we found out about Caroline’s passing, I think the narrative of this whole situation has changed so much, Dan, and it has so many levels.

“Like when I said I was coming here today, people started attacking me for coming to you and I just want to say something Dan for anyone that is attacking you, you’re just giving people the information that they want, they’re consuming this information, as our all the other journalists, so there’s a bigger issue here…”

Dan quickly interjected, however, saying: “There is but at the same time, Andy, journalists have to act responsibly and journalists are highly regulated there is a system of law, there is a self-regulated system of very very tough regulations,

“So I mean, I never think I’m just about giving the public the information they want because, especially in the case of Caroline Flack, there was just as much information that wasn’t (published).” 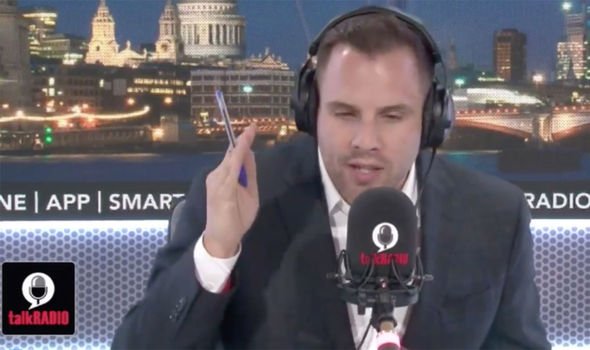 The actor agreed before Dan pressed him further on why he thinks Love Island should be axed after Caroline’s death.

Andy said: “Why do I think ITV should axe Love Island? Well, Dame Carolyn McCall, she’s the Chief Executive of ITV, she was quoted in the Clitheroe Advertiser and Times last year, Sunday, August 19, she quoted a Michael Angelo quote,

“She said it’s her favourite quote and I’m going to read it. ‘The greatest danger for most of us is not that our aim is too high but we miss it, but that it is too low and we reach it’ and then she goes onto say ‘I feel this is a really appropriate quote, I’ve got three kids and they roll their eyes when I say this to them often’ and now I know why they roll their eyes.

“So what I would like Caroline to do is come on one of these platforms and talk about why the show should stay.” 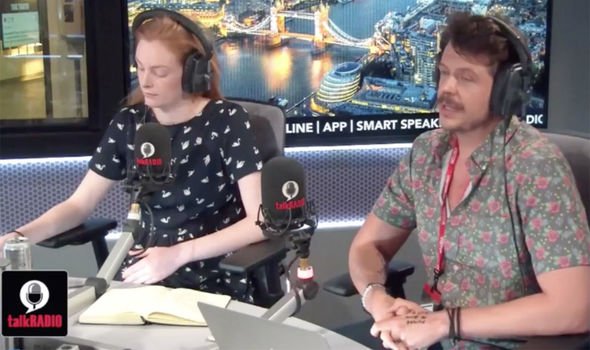 Dan agreed with his guest and slammed ITV for today’s coverage of Caroline’s death.

He said: “I think that is such a good point. If you look at ITV’s coverage today it’s been pretty despicable actually.

“They’re trying to turn the focus onto many different organisations. Where is Carolyn McCall? Where is Kevin Lygo [Director of Television]? If this was any other organisation they would be demanding that the leaders speak out and this statement is not enough.”

ITV provided the following statement from Kevin Lygo to Express.co.uk regarding Caroline.

The Director of Television at ITV said: “Everyone at ITV is absolutely devastated and still trying to process this tragic news.

“Caroline was part of Love Island from the very beginning and her passion, dedication and boundless energy contributed to the show’s success.

“After Caroline stepped down from the show ITV made it clear that the door was left open for her to return and the Love Island production team remained in regular contact with her and continued to offer support over the last few months.

“Love Island will return tonight and will include a tribute to Caroline that the team in South Africa and Iain Stirling have put together. Caroline loved Love Island and was very vocal in her support of the show. Viewers could relate to her and she to them and that was a big part of the programme’s success. We will all miss her very much.”

Richard read on GMB: “I’ve got to say one thing ITV have asked us to make it clear because there has been some discussion about it.

“That they did keep in close contact with Caroline since this incident, this domestic incident and they were constantly offering her assistance and help, and they want us to make that clear on this programme.”

An official statement made by Caroline’s family after her death read: “We can confirm that our Caroline passed away today on the 15th February.

“We would ask that the press both respect the privacy of the family at this difficult time.”

Anyone feeling emotionally distressed or suicidal can call Samaritans for help on 116 123 or email [email protected] in the UK. In the US, call the Samaritans branch in your area or 1 (800) 273-TALK.