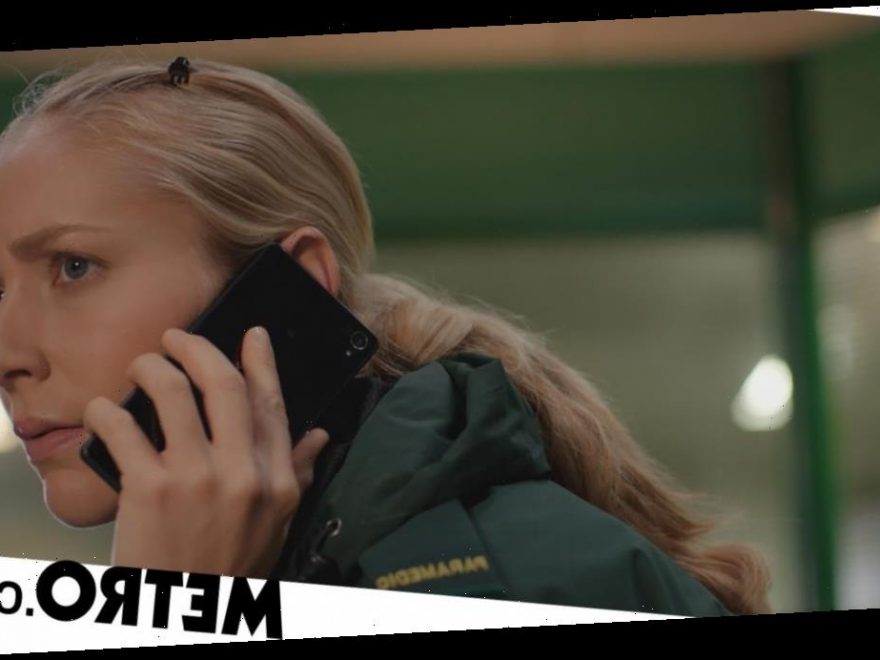 There was a mercy dash for Ruby (Maddy Hill) in tonight’s Casualty as she raced to save the life of her baby niece, Harmony. The baby’s mother, Violette (Kelly Gough), had bumped into her ex-boyfriend and fellow addict Arlo and it didn’t take much persuasion before Violette was taking drugs again.

A small relapse could possibly have been copable-with, and forgivable to Ruby. But what made the situation infinitely worse was that Harmony was already ill and Violette’s actions put her life in danger. When Violette called Ruby for help and was told to bring the baby straight to the ED, she refused because she thought social services would take the baby away if it came out that she’d relapsed. Instead she tried to get on a train to London – even though Will (Jack Nolan) had informed her by phone that it was highly likely that Harmony had meningitis.

Luckily Will also heard a train in the background on the call, so Ruby hurtled to the station and persuaded Violette to let her take the baby to the hospital. Harmony was treated in time and will be fine, but Robyn was livid that Violette had been turning her home into a drugs den and she kicked her and the baby out. That was all Ruby needed to hear to convince her that she needed to get a lawyer and go for custody of Harmony herself. ‘You’re a danger to her and you’re a danger to yourself!’ she told her sister.

When Will wasn’t busy diagnosing and looking after Harmony, he was doing a report that Connie Beauchamp (Amanda Mealing) wanted finished by the end of the shift. To get the data he needed, he had to call in the services of the hospital’s IT department, in the form of a woman called Lara. This was the same Lara that Will had spent the previous night with (when he should have been working on the report, ironically).

She assumed he was just making an excuse to see her again, and he assumed she wanted a serious relationship when all he wants is a bit of no-strings-attached fun and the occasional hand with his data (not a euphemism). She said she was also after no-strings-attached fun but she didn’t like his attitude – and then she promptly deleted his report and left him to face the wrath of Mrs Beauchamp. Oh, how we laughed.

Ethan (George Rainsford) was back at work but, unless I missed it, didn’t mention the very recent loss of one of the longest-serving nurses in the department. All thoughts this week were apparently back on Mason’s death instead. Of course this affected Rash (Neet Mohan) more than anyone, and he was still blaming Ethan for not giving Mason enough support when he needed it. A sick child and his exhausted father gave the two of them the opportunity to work together and finally clear the air between them. Ethan admitted he was still shaken by the events of the market explosion and Rash said he still saw Mason dead on the floor every day. I’m tempted to say someone should have picked him up by now, but that would be flippant.

And we saw Archie (Genesis Lynea) talking to her hero Dr Megan (Emily Woof) about an ‘opportunity’ and a ‘departure.’ Is Archie thinking of moving on?

Sue Haasler is the author of five novels and the official BBC Holby City book, which you can read about here.