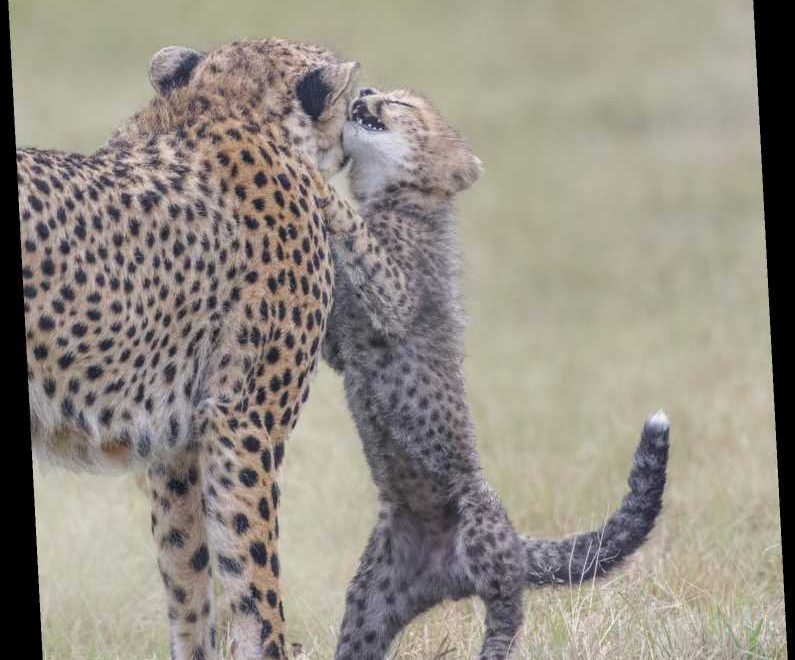 This is the adorable moment a cheetah cub reaches up to kiss its mother on the nose and offer her a hug.

The heartwarming pictures, taken on the plains of the Masai Mara National Game Reserve in Kenya, show the smiling cub standing on its hind legs and pulls itself up to its mum to share a kiss and a cuddle.

Jeffrey Wu, 54, was on assignment in Masai Mara in September 2020, when he caught the adorable sighting on camera. "The images show the one-and-half month cheetah cub playing with mother, a cheetah named 'Kweli'," Wu said of the reserve residents he photographed, adding that "Kweli started taking her cubs out to introduce solid food to them one week ago." "This moment was just too cute, my heart was melting with love when photographing this adorable cub interacting with Kweli," he continued. "The cheetah is on the 'vulnerable' category of IUCN red list. Human activity has increased so rapidly and really threatened the habitat of all the wildlife."

For Wu, this photo series is an opportunity to raise awareness about the beautiful creatures we at risk of losing completely. "I really hope we can act fast enough to surpass the speed that they are disappearing, so our great-grandchildren are still able to see them in the wild, not in a zoo," he said.