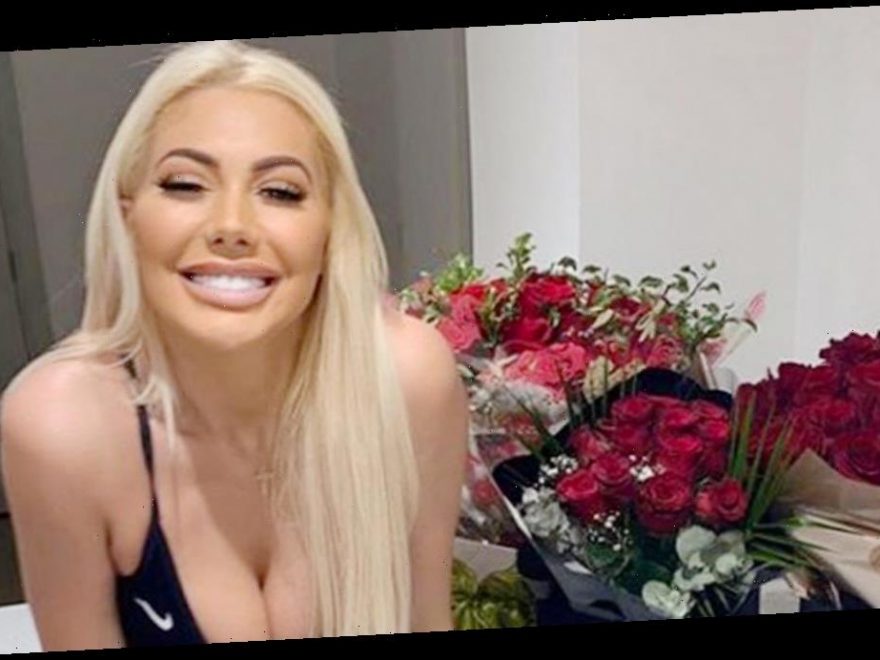 Chloe Ferry was barely covered in a towel on Instagram.

Often having filled her social media with saucy snaps, it's no wonder the reality TV star had the eyes of her 3.4million on her latest racy story.

The Geordie Shore star was reclining in her swish hotel room in London after she travelled down from her native Newcastle on Monday.

Her surgically enhanced cleavage nearly spilled over the top of her towel which she wrapped around her curves.

In the footage, Chloe was the picture of relaxation while she swapped partying with her pals for quality "me time".

The MTV personality wore nothing but a towel and a single golden cross which decorated her neck and a matching golden bangle.

Chloe was sat on the bed in the hotel when she shot the steamy scenes.

As she teased her fans, Chloe didn't reveal her face in the Instagram story.

It's the peak of life for the reality television star who has just moved into her new home.

Chloe appeared to be ready to move on from her on/off ex Sam Gowland, originally of Love Island fame.

Rumours had been swirling they were an item once more but the blonde bombshell made a cryptic quip about knowing her worth on Valentine's Day.

It's claimed their "make or break holiday" was a car crash.

They failed to rekindle the spark they had because Chloe couldn't get it out of her head "Sam is bad news", according to The Sun's sources.

The exes have officially terminated their romance.

An insider said: "Chloe’s finally cut ties with Sam and is moving on by herself. Today is Chloe’s official moving day and she’s so excited for the fresh start.

"It feels like the dawn of a new beginning for Chloe. No more Sam riding on her coat tails or trying to muscle in on what is hers."

A source added: "Today is the beginning of a new and exciting chapter and as far as Chloe is concerned, what she had with Sam is gone for good."