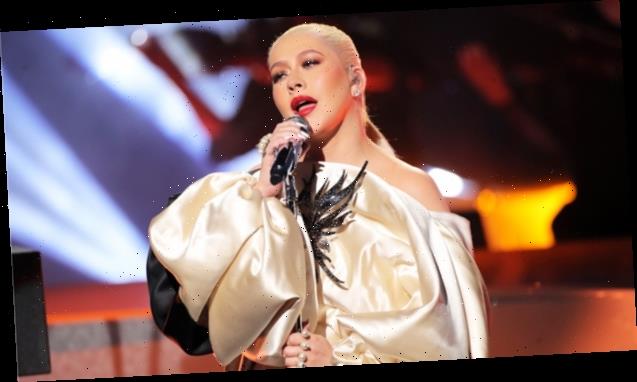 Christina Aguilera debuted her new song for the live-action ‘Mulan’ entitled ‘Loyal Brave True’ and ensures that she will release a re-recorded version of ‘Reflection’ from the 1998 animated feature.

Grammy-winning artist Christina Aguilera is making a triumphant return to one of the films that wholly embraced her epic voice. The recording artist, 39, released her new song from the live-action film adaptation of Disney’s Mulan on March 6 and the stunning song is totally on par with her 1998 ballad “Reflection.” In “Loyal Brave True,” Christina laments that “war is not freedom” but remains hopeful that there is a “clearer view” that lies ahead. With a doubtful tone that offers a poignant reflection for the film’s eponymous heroine, Christina asks in the song, “Am I Loyal, Brave, and True?” Sweeping music embraces the culture that Mulan seeks to represent, and Christina’s powerful voice has truly never sound better.

The tune marks a return to familiar ground for Christina, who memorably recorded the ballad “Reflection” for the 1998 animated version of the Disney story. During one of her recent Las Vegas residency shows at the end of February 2020, Christina revealed to the audience that not only was she releasing new music for the live-action adaptation, but she also re-recorded “Reflection” for the new film! As for her new song, “Loyal Brave True” is written by Jamie Hartman, Harry Gregson-Williams, Rosi Golan and Billy Crabtree; Hartman serves as producer of the track.

The song will accompany the highly anticipated Mulan, adapted as a live-action feature 22 years after the Oscar-nominated animated film hit theaters. The film is directed by Niki Caro ( director of the Oscar-nominated film Whale Rider) and stars Yifei Liu in the titular role. Already, fans have gotten a glimpse of what this fresh version of the myth will offer to a new generation of audiences, with some exciting new additions to the tale.

The 2020 film introduces the same character arc for everyone’s favorite warrior. Mulan enlists in the army, taking her father’s place, and disguises herself as a man so that she isn’t discovered. This new take on the story will also see Mulan battling against a new force; a sorcerous who is able to disguise herself as a hawk and, in human form, possesses talons for hands. This new adversary and the war to save China all face Mulan when the film hits theaters March 27, 2020.