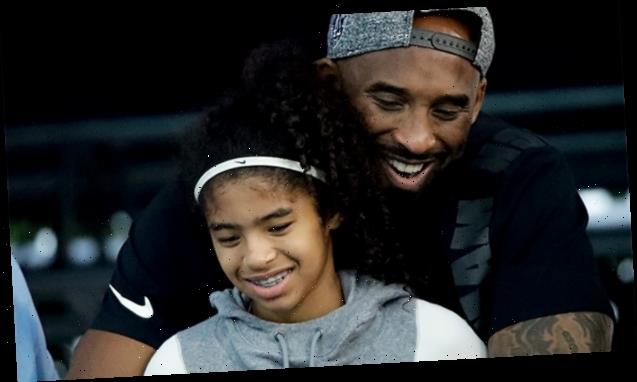 Christina Mauser was also on-board alongside Kobe Bryant and his daughter Gianna when their helicopter crashed on Jan. 26.

Girls basketball coach Christina Mauser, 38, was one of nine victims aboard the helicopter that claimed the lives of Kobe Bryant, 41, his daughter Gianna, 13, along with her teammate Alyssa Altobelli and her parents John and Keri. The Sikorsky S-76 aircraft was traveling from Orange County to Thousand Oaks, California when it crashed around 10:00 a.m. on Sunday, Jan. 26 in Calabasas. Emergency personnel hiked to the location of the site, but there were no survivors upon their arrival. Here’s 5 things to know about Christina Mauser, a mom of three who tragically lost her life.

1. Her death was confirmed by the Mayor of Costa Mesa. Mayor Katrina Foley took to Twitter to express her condolences. “I just learned that our amazing Matt Mauser of TiajuanaDogs lost his wife Christina in the crash,” Katrina tweeted on Jan. 26. “She coached the girls team. This devastating tragedy gets worse by the hour. So much pain for so many local families. Our hearts are broken & grieving for the families impacted.” Christina was a resident of Huntington Beach, California, according to Facebook.

2. She was married with kids. Her husband Matt Mauser posted an emotional message on Facebook upon learning of his wife’s passing. “My kids and I are devastated. We lost our beautiful wife and mom today in a helicopter crash. Please respect our privacy. Thank you for all the well wishes they mean so much,” he shared on social media, which garnered over a thousand shares. The couple shared three children together, including eldest daughter Penny Rose, 11, son Tommy, and daughter Ivy born in Feb. 2016. Matt’s brother Gabe Mauser also took to social media to confirm the news. “My sister-in-law Christina Mauser was on board. She leaves behind her husband, two daughters, and a son. Lots of people effected by this horrific accident,” he posted.

3. She was a basketball coach. Christina coached Gianna Bryant and Alyssa Altobelli at Mamba Sports Academy, where the girls were part of the Los Angeles Lady Mamba team. Kobe founded the academy, named for his alter-ego, in 2018. Christina was also an assistant girls basketball coach at a private elementary school in Orange County, in addition to coaching at Harbor Day School in Corona del Mar. “Proud of my wife! She and Kobe did a clinic for WNBA players up at the Mamba Academy! Big Time Baby!” her husband Matt Mauser captioned a photo. Matt also appeared to know Kobe, as the pair could be seen posing in front of a helicopter in a sweet photo taken in Nov. 2018.

4. Her husband is in music. Matt identifies as being a member of the groups Tijuana Dogs and Sinatra Big Band on Facebook. “Based out of Orange County, California, the Tijuana Dogs are a high energy rock/dance/party band. They have performed with musical greats such as Lynyrd Skynrd, Pat Benatar, Florida Georgia Line, Macklemore, Cheap Trick, KC and The Sunshine Band, Poison, Pitbull, 50 Cent, Flo Rida, and more,” their official bio reads. Matt founded Tijuana Dogs back in 1997.

5. She was a California native. Christina grew up in Huntington Beach, CA and attended Edison High School, where she played on the Chargers. Her alma mater posted a sweet tribute via Twitter, writing “Our Charger Family is saddened to hear this news of Former Charger, Christina Patterson Mauser. #RIP.” Her former coach Dave White also expressed his condolences. “It’s tragic…it’s gut wrenching,” he said, visibly shaken.