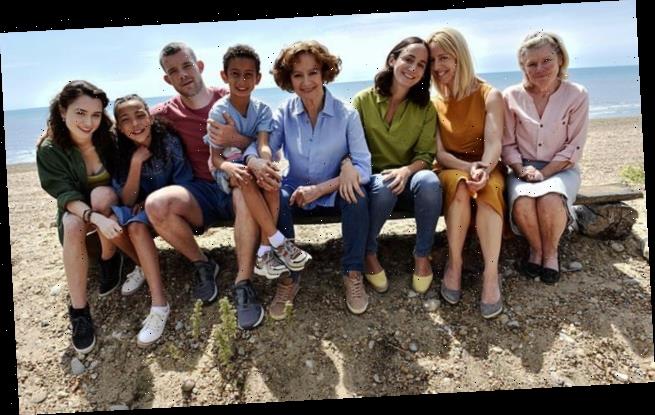 Not so much a whodunnit as a ‘who-got-done-in’, Flesh And Blood (ITV) turns the traditional crime drama upside-down.

We see a body at the start — but we’re left to guess the victim. What a clever and original trick.

Except, of course, it isn’t. This brilliant twist on classic murder mysteries was invented by bestselling writer Liane Moriarty in her saga of jealous school mums, Big Little Lies.

The book became a stunning TV adaptation in 2017 starring Nicole Kidman and Reece Witherspoon, with Hollywood icon Meryl Streep joining for the second series. The show aired on Sky, but it’s not as if anyone at ITV can pretend they haven’t heard of Big Little Lies. 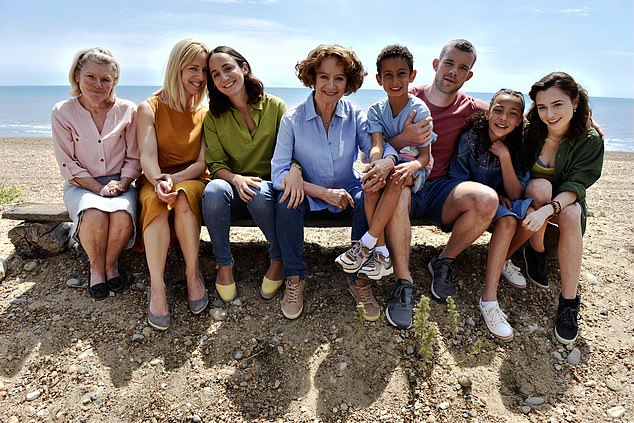 A killer twist works a treat in Flesh And Blood, a tale of a family thrown into turmoil when widowed mum Vivien (Francesca Annis) gets a new boyfriend

There’s no copyright on ideas, though. Anyone can nick the concept of a chart-topping thriller and recycle it, without fear of legal repercussions. And because it’s such a strong idea, Miss Moriarty’s killer twist works a treat in this tale of a family thrown into turmoil when widowed mum Vivien (Francesca Annis) gets a new boyfriend.

Her children loathe the very thought. Big sister Helen (Claudie Blakley) thinks the interloper is after their inheritance, little sis Natalie (Lydia Leonard) is a clingy mess and brother Jake (Russell Tovey) behaves like a stroppy toddler who wants to fight any man who so much as looks at his mum.

All the children have marital problems of their own. We’re quickly up to speed, thanks to another storytelling technique conceivably borrowed from Big Little Lies: the police are here, and they’re grilling witnesses.

The detective (David Bamber) starts with Vivien’s next-door neighbour, sweet old Mary — played by Imelda Staunton as a bustling innocent who sees only goodness in everyone. She’s eager to help the police with a rush of gossipy details, but cannot believe that any crime has been committed.

Staunton was so convincingly nice as Mary that I was shocked to realise she was spying on her neighbours with binoculars and steaming open their mail. Why, the wicked bat!

Stephen Rea was excellent too as the smarmy lover-boy, showering Vivien with gifts and flowers before whisking her off to Le Touquet to propose.

Culprit of the week:

MasterChef (BBC1) is back with its insanely long pauses as winners and losers are named. Loads of shows use the trick now, but who started it? Chris Tarrant tells me it was him, on his 1990s radio quiz, Double Or Quits. So blame him!

Maybe he’s just an old romantic, but I can’t help thinking she should count her gold fillings every time he kisses her. The seaside setting is a bonus. So many crime dramas use bleak aerial shots of forests or rain-soaked fields to break up the scenes, but Flesh And Blood has picturesque interludes of waves washing pebbles on the shore.

And I don’t care what hideous deeds have been committed there: I’d love that seafront bungalow of Vivien’s, with its front path leading down to the sands. That’s a home to die for. The question is: did she?

Death by the seaside was the theme, too, of the police documentary Murder 24/7 (BBC2), following a team of detectives and forensics experts in Southend, Essex, as they investigated the killing of a man in a block of flats. One suspect was swiftly arrested, but it was frustrating to see how easily she was able to stonewall the inquiry by answering ‘no comment’ to every question.

The man was killed in her flat and she made no effort to deny she was there, yet the police had to let her go. Just barmy.

A starring cameo appeared in the form of a 90-year-old downstairs neighbour who heard the slaughter and described it with relish to detectives. It made more racket than ‘Japanese sumo wrestlers,’ she said.