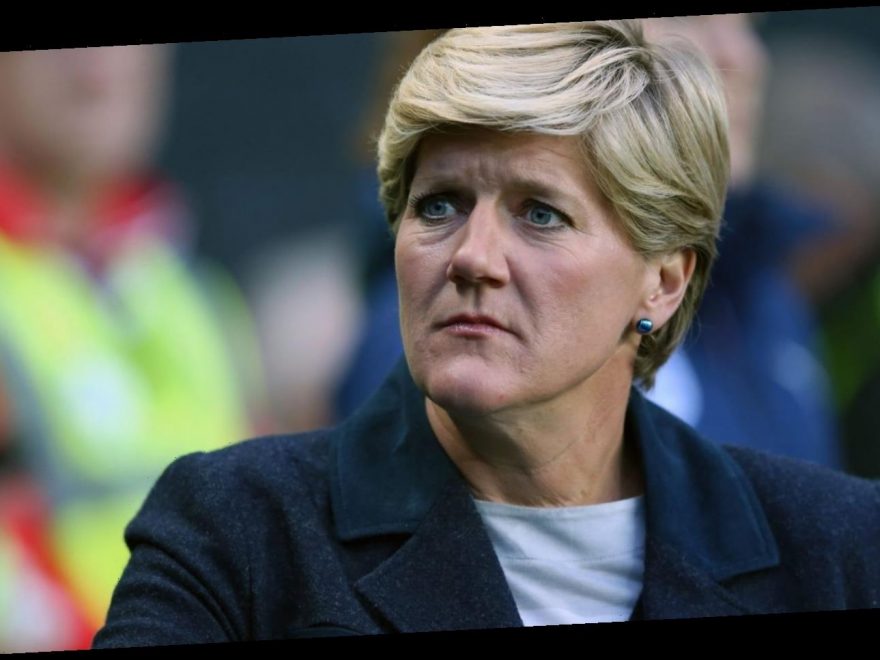 As Love Island returns to our screens for a winter edition, Clare Balding calls out a damaging stereotype to do with women and sport.

That Love Island may be sexist is nothing new. This is a show, that – however popular – regularly and casually objectifies women in bikinis, alongside a stunning lack in body diversity.

But there’s another double standard at play in the ITV reality show that sports presenter Clare Balding is keen to highlight.

Speaking at the launch of a new campaign by This Girl Can earlier this week, Balding questioned why it is that women on the series are always seen lying around or preening – while the male contestants are typically shown working out.

The contrast drives home a damaging message that sports and exercise are a predominantly male domain.

“Maybe I should write to the producers,” Balding joked at the event by Sports England, in comments reported by The Sunday Times. This Girl Can aims to get more women and girls involved in sports, by busting the myth that you have to look or act a certain way in order to be athletic.

Its new advert shows women of all different body shapes going about training in their daily lives, and was broadcast during a commercial break for the new season of Love Island, which has returned to our screens for its first winter edition this year.

This Girl Can has the support of a raft of public figures, including personal trainer Tally Rye, who raises another important part of the dialogue when it comes to women and exercise: diets.

It’s telling that, although female contestants on Love Island often talk about the workout and diet regimes they’ve undertaken to achieve their “bikini bodies”, we rarely see that exercise at play.

And, as we know all too well, the whole topic of diets is a fitness misnomer that only women seem to get saddled with.

As Rye says on Instagram: “We need to separate fitness from diet culture.

“The two are so intertwined that we only associate movement and exercise with dieting so it becomes something we dread and endure rather than enjoy,” she says. “BUT you can workout in a way that feels good and enjoy the benefits without weight loss having to be the focus.”

Research shows that girls as young as seven are being put off taking part in sports, because they lack confidence and feel self-conscious. The effect of this becomes more entrenched as we get older (ironic given that activities such as football actually help to increase female self-esteem).

Add in the impact of influencers on social media platforms like Instagram, and it’s little wonder that many girls and young women associate sports with an exclusive world and the kind of perfect body image that they simply cannot achieve.

“The more we see in society that women do sweat, look different and come in all shapes and sizes, the better,” Ama Agbeze, former captain of the England netball team, tells The Sunday Times.

With 25 years of sports broadcasting under her belt, it’s safe to say that Balding is well aware of the phenomenal impact women can have in sports – not just at professional level, but also in terms of everyday self-belief.

“[Sports] can change girls from being worried that they aren’t skinny enough, that their jeans aren’t size zero, that their lips weren’t big enough and their hair didn’t swish enough, to asking ‘hang on, what can my body do for me?’” Balding told Stylist earlier this year.

“When you look at a the crisis in our younger generation and the obsession with turning the camera on yourself, and therefore the insecurity that comes from that, I think sport is a really important way of showing that things can be another way,”

Women’s sports may be getting more air time (finally), but we still live in an age where many girls believe that “being sporty is felt to be at odds with being feminine“.

And the lack of female visibility drives home the message that women do not have a place in the sporting world.

Massively influential shows like Love Island can play a pivotal role in shifting this belief – but will they rise to the challenge?