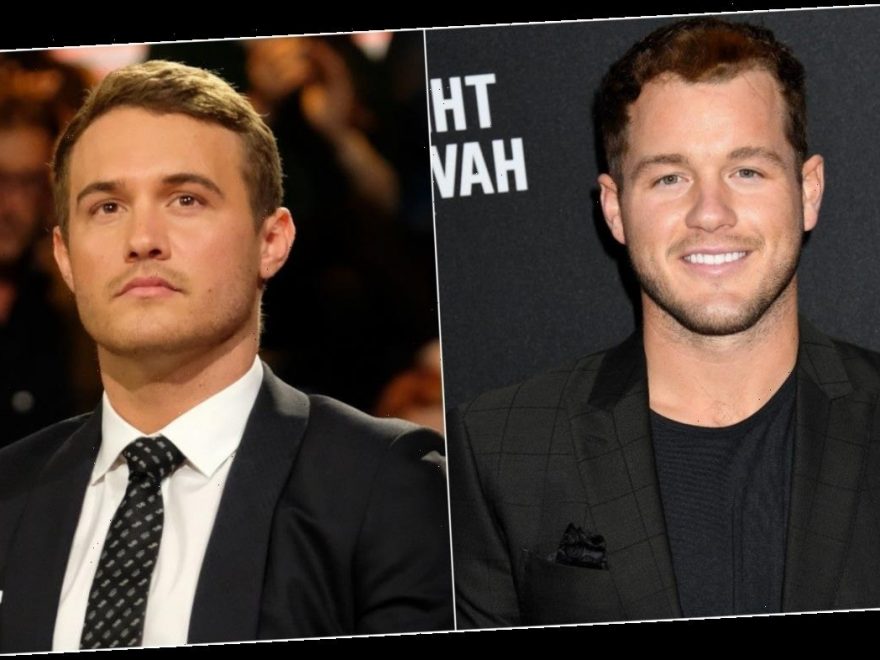 Colton Underwood thinks Peter Weber should have taken a page from his book on how to make your own rules on The Bachelor.

The former football player didn’t end his season of the ABC dating show in an engagement — but he did leave it with a successful relationship with Cassie Randolph. That romance was worth fighting for and quitting the show over, and as Underwood told ET’s Lauren Zima, he thinks if Weber “put his foot down,” he could have also ended his season with love in his life.

“I just would’ve loved to see Peter stand up for himself more and put his foot down,” Underwood shared. “I’m not only saying stand up to some of the women on his season, but even with production and things going on behind the scenes. I just would’ve loved for Peter to be like, ‘Listen guys, this is what I want, this is what we need to figure out, we need to get this done.'”

Weber didn’t appear to be in the driver’s seat for much of his Bachelor season. Drama between the women frustrated fans and the pilot seemed indecisive and unable to wrangle what Underwood described as “mass chaos.”

“I feel like he was so confused and sort of involved in this mass chaos. I didn’t watch, but that’s what I was getting from Twitter,” Underwood shared. “I mean, Chase Rice [popping up on Victoria Fuller’s date], like, that doesn’t just happen. That was set up.”

Weber’s season finale was one of the most talked-about in Bachelor history, following Underwood’s dramatic fence jump and pursuit of Randolph, who had quit the show. On Weber’s season, one of his contestants, Madison Prewett, had broken up with him at final two. He proceeded to propose to Hannah Ann Sluss, but then ended their engagement. He got back together with Prewett, but his family didn’t approve. Weber and Prewett broke up two days after his season finale aired last month.

“I think that’s more so what I would’ve wanted to see from him — just some certainty one way or another. Just being like, ‘Listen I need this. I  don’t know if I’m gonna find it here, but at least this is what I need and what I’m gonna fight for,'” Underwood said.

In his interview with ET, Underwood also weighed in on a big topic during Weber’s season — whether Prewett should have told him about her virginity and “standards” sooner. Their seemingly incompatible values were the cause of Prewett’s first breakup with Weber on the show.

“I mean, if that was her choice to hold off [on telling him], I think that she saw what probably happened to me with it becoming my sole storyline and maybe that’s why she hesitated and maybe why she waited,” said Underwood, who was known as the “Virgin Bachelor.” “You can’t fault anybody for handling a situation the way that they wanna handle it.”

“You have to keep in mind, like, that’s her life. This is her life and this is something that she’s gonna deal with forever now and same with me,” he noted. “So, you can’t fault anybody for handling a certain situation her way. And I respect her.”

Underwood’s new book, The First Time: Finding Myself and Looking for Love on Reality TV, addresses his virginity, sexuality, time as the Bachelor and more.

“There’s a lot of little things in there that I feel like can help a lot of people,” he said, before thanking his friends, family and Bachelor Nation for making the book possible. “Whether you liked me or didn’t like me in those three seasons [on Bachelor shows], thanks for being there with me and going on that ride with me. And thanks to the show. I have mixed reviews when it comes to [my time with the franchise], but at the end of the day, I’m very happy and very in love with Cassie and I have them to thank for that. So, I just wanna say a big thank you.”

The First Time: Finding Myself and Looking for Love on Reality TV is now available where books are sold.