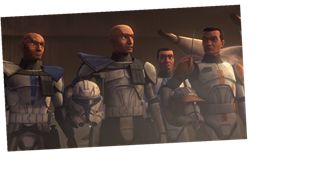 Disney+ has plenty of original content arriving in March, and there are few things you’ll want to keep your eye out for, including movies and TV shows from Marvel and Star Wars. Check out the full list of Disney+ releases for March 2020 below, along with a couple recommendations.

One of the biggest Marvel Cinematic Universe solo films arrives on March 4 when Black Panther finally makes its way to the streaming service. While the Wakandan character was introduced in Captain America: Civil War, the 2018 film fully introduced the world to the secretive African country and how its ruler got his super powers. In his review of Black Panther, Mike Rougeau said, “Black Panther is a top tier Marvel movie with all the humor, style, action, passion, and fun that the MCU has come to embody.”

If you loved The Mandalorian and want more Star Wars content, then you’ll be happy to know that Season 7 of the animated series The Clone Wars has a new episode airing every Friday. This will be the last season of the series, as it will undoubtably lead to Palpatine’s Order 66, where the clone armies turned on the Jedi, killing the majority of them off. Sure, we have a good idea of how the series will end, but this final season will more than likely answer some of our most burning questions, most of which are about how Darth Maul’s story connects to his appearance in Solo: A Star Wars Story.

Below, you’ll find everything coming to Disney+ for the month of March, and if you’re interested in more streaming news for the upcoming month, make sure to see what’s coming to Netflix, Hulu, and Amazon Prime Video.

Disney+ costs $7 a month, and it comes with a seven day free trial. Or you can bundle it with the ad-supported version of Hulu and ESPN+ for $13.

What’s new to Disney+ in March?

The products discussed here were independently chosen by our editors. GameSpot may get a share of the revenue if you buy anything featured on our site.