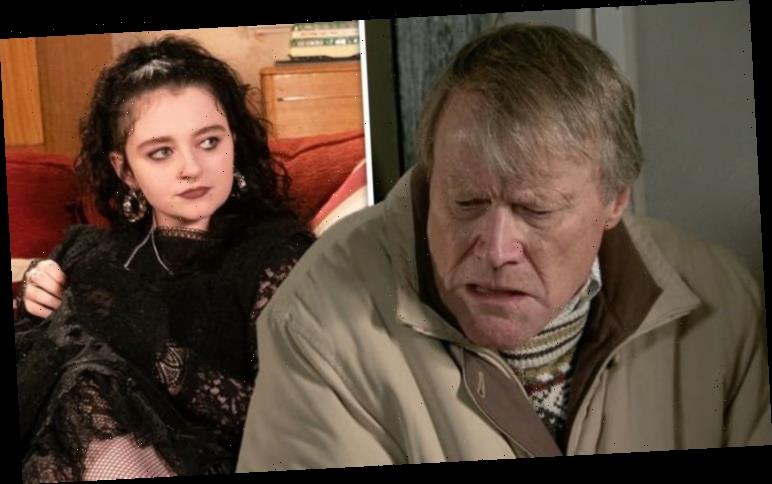 New arrival Nina Lucas (played by Mollie Gallagher) hasn’t settled into life on Coronation Street easily and holds uncle Roy Cropper (David Neilson) partly responsible for the death of her father Richard (Paul Brown). However, when Nina isn’t accepted by the local bat watching group, Roy steps in and sticks up for his niece before making a huge decision about his future with the group.

Nina has been struggling to bond with her uncle ever since she discovered he wasn’t there when her dad needed him the most.

The outspoken teenager left Roy to look after her very sick father but when Roy was forced to dash back to the Street, Richard fell and tragically died.

Roy has tried his hardest to make Nina feel welcome and feels like he’s finally getting through to her when she comes along to his bat watching group.

Surprisingly, Nina begins to come out of her shell and finds herself enjoying the group more than she’d thought she would. 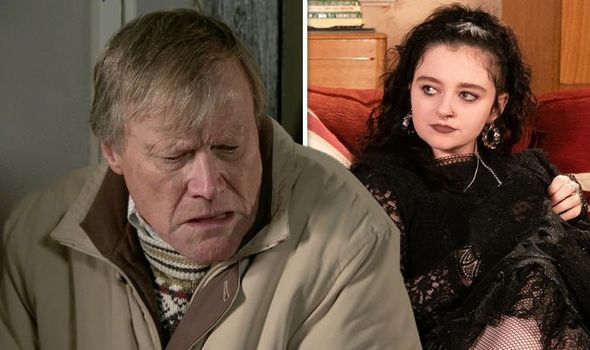 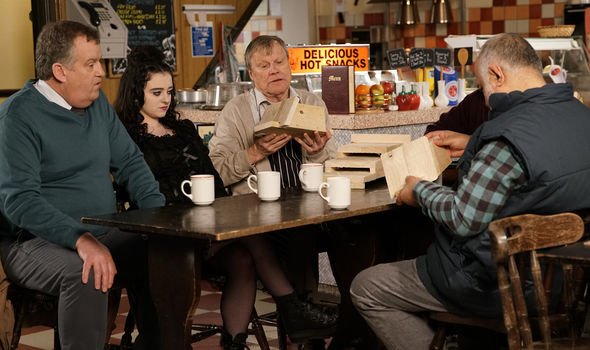 However, in a sneak preview for next week, Roy overhears the Bat Watchers making fun of Nina and takes drastic action.

Sitting in Roy’s cafe, one of the members said: “It’s all gone south since the bride of Chucky turned up.”

“Hey wash your mouth out, why say something like that?” Brian Packman disagreed.

Approaching the group, Roy hits out: “I have asked you to leave but I find you loitering in my cafe criticising my niece.” 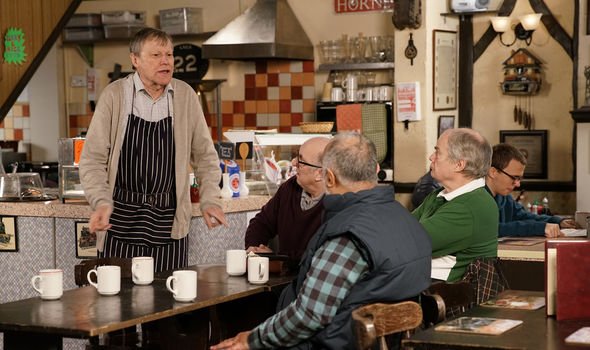 Another member remarked: “We already struggling to gain the respect we deserve the last thing we need is some Victorian throwback tagging along.”

“I can’t believe you’re being so narrow-minded,” Brian quipped to which Roy added: “You took the words right out of my mouth.

“Nina has been exemplary today, she has contributed excellent ideas and her bat boxes were outstanding.”

“Fair dos Roy but why does she have to dress so extreme?” another member chipped in.

“She’d be okay if she washed all that muck off her face,” another member hit back before the third said: “Got herself some normal clothes and a pair of UGG boots.”

Roy refused to listen and remarked: “All my life I’ve been judged, outsider, oddball, weirdo.”

“Yes but you’re our weirdo,” one member tried to justify before Roy continued: “Anyone who’s different is forced to pay the price, isolation.

“People look at me and make assumptions and they did exactly the same with my late wife Hayley and yet she was the most caring, decent human being that I have ever meant.”

“And I cannot, I will not stand by and listen to that same prejudice directed at my niece Nina. I hereby withdraw from the group,” he added.

“If Roy’s out, I’m out, solidarity brother. If we tremble with indignation at every injustice then you are a comrade of mine. Che Guevara and Brian Packham,” Brian agreed.

Despite Roy’s kind words, Nina will be devastated when she discovers she wasn’t accepted by the Bat Watchers.

Will the Coronation Street stalwart ever be able to make his niece feel welcomed on the cobbles?