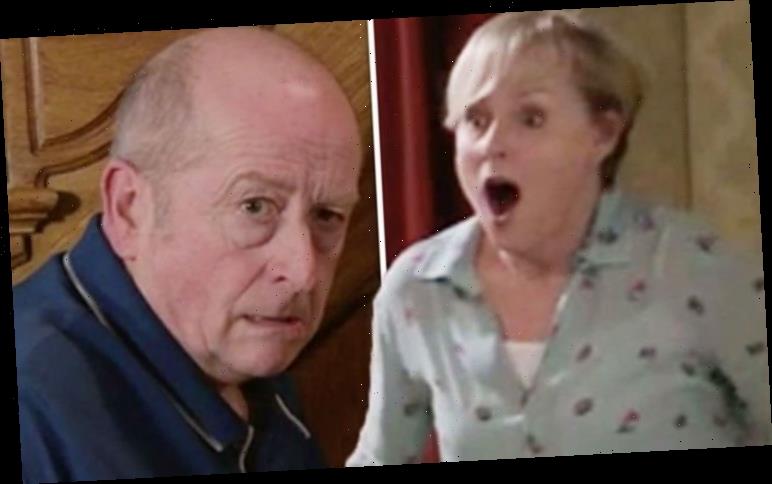 Sally (played by Sally Dynevor) has been a background character to the harrowing domestic abuse storyline Coronation Street has been exploring with Geoff (Ian Bartholomew) and Yasmeen Nazir (Shelley King). Living next door to her father-in-law and his wife, it seemed the ITV soap stalwart was completely naïve to what was really going on behind closed doors. However, could a conversation with the villain’s other half suggest the beloved Weatherfield resident knows more about the controlling pensioner’s past and his sinister ways than she’s letting on?

Geoff’s son and Sally’s husband Tim Metcalfe (Joe Duttine) has been suspicious about his father’s behaviour towards Yasmeen after finding his mother-in-law locked in a box some weeks ago.

Since then, the long-suffering character’s granddaughter Alya Nazir (Sair Khan) has been persistent in her mission to expose her grandmother’s husband’s villainous side.

This has involved her digging into his past and discovering the villain did have a violent altercation with a former partner.

It seems the young businesswoman has been sharing her findings not only with her elderly relative but with other cobbles residents and it seems Sally might be one of these characters. Will she oust the abuser for who he really is to the rest of her neighbours? 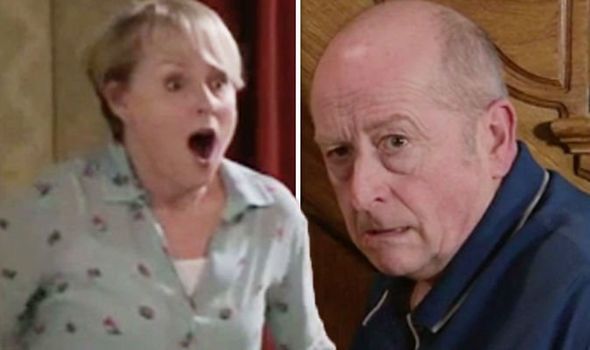 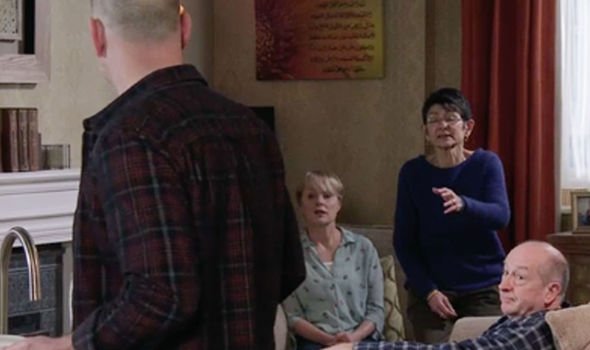 As tonight’s episode of the Manchester-set drama got underway, Yasmeen and Geoff were paid a visit by their relatives after the latter faked a health scare earlier this week to stop his wife going to her grandson’s wedding in Spain.

With his son washing up the breakfast dishes, the controlling pensioner still exerted his force, telling the taxi driver: “Hey, don’t put my best kitchen knife in the dishwasher, it blunts the edge.”

Sat next to Yasmeen and having heard Geoff being so controlling, it seemed Sally suddenly had a previous thought recross her mind. 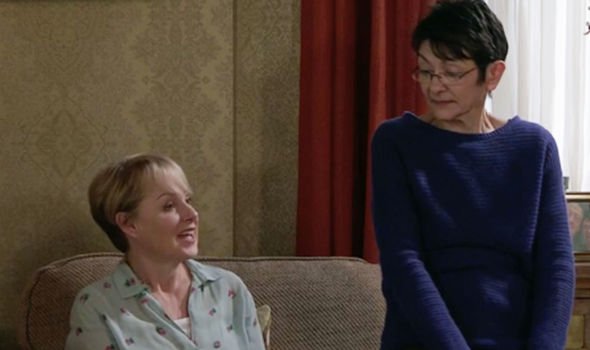 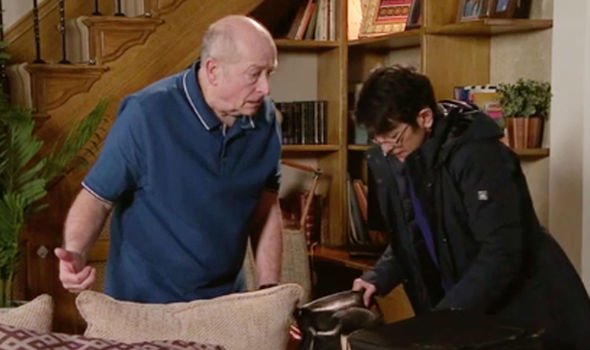 I bumped into Alya earlier

After the villain’s wife commented: “He seems much better today,” her daughter-in-law replied: “Actually, I bumped into Alya earlier…”

Before she could finish her train of thought, Tim pulled an April Fool’s joke and left his other half in a fluster.

Viewers will know have to wait and see if the soap stalwart revisits what she was going to tell the long-suffering character, but could it be she knows her husband is abusing her?

Could the villain exerting his control over his own son have been a trigger to make Sally realise not everything is as it seems and she knows about his past after talking to Alya?

Armed with the ammunition to bring the abuser to his knees, will the former mayor of Weatherfield make others aware of her father-in-law’s true colours?

After leaving the Nazir household, Yasmeen and Geoff were left on there own once more and suspicious of her husband, the pensioner did some digging of her own.

Having got her hands on the password to his laptop, the long-suffering character discovered her other half had been using an escort service and had lied about booking a hotel in Spain.

Despite his efforts to manipulate his wife, it seemed too many alarm bells had been begun ringing in her mind to fall for his tricks.

Viewers watched as Geoff started to lose control of his wife’s state of mind as she packed to join Alya in Spain.

Fearful he would lose her for good, the abuser started playing on his supposed ill-health, but nothing was going to stop Yasmeen from leaving.

In the closing moments of the episode and as she was about to walk out the house, her husband slammed the door and told her she wasn’t going anywhere.

Will Yasmeen be forced to take extreme action to take her life back?

If you or anyone you know has been affected by Yasmeen’s storyline, please find more information by visiting the Women’s Aid website or call Refuge on 0808 2000 247.