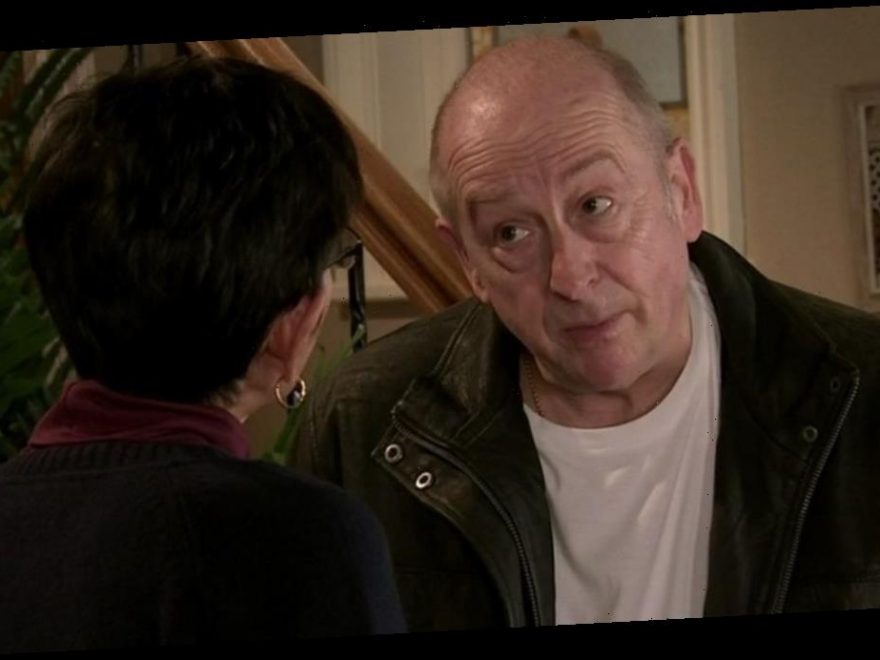 Coronation Street spoilers have revealed that Yasmeen will finally speak out about his abusive behaviour after he locks her in a coffin.

Fans were horrified as Geoff terrorised Yasmeen after she accidentally ruined his magic trick, as he branded her a "b***h" before filming her cowering in the kitchen.

But fans have been predicting that the residents of Weatherfield will soon discover the truth, and will turn against Geoff to send make sure he never returns to the cobbles.

Could Geoff be sent to prison for emotionally abusing Yasmeen, or could he be killed off?

One fan wrote on social media: "Prison is where he belongs."

Another added: "No he goes to prison. Tim finds the video and then it all comes out."

A third chipped in: "He needs to go to prison, it would make a refreshing change for someone in corrie to actually be banged up for the crime/crimes they commited, instead of the innocent being wrongly accused/convicted and the guilty getting off scott free or killed off."

A fourth agreed: "Put him in prison, maybe he'll get a taste of his own medicine."

Could Geoff be sent to prison as the truth is finally revealed?

It may be difficult for someone to be sent to prison for emotional abuse, so perhaps Geoff could take it to the next level and physically hurt Yasmeen.

Fans are desperate for Geoff to finally get his comeuppance after he has taken control over every aspect of her life.

Not only is he now looking after her finances, he has also taken a share of Speed Daal, and changed her entire only wardrobe.

He has also installed cameras all over the house so he can watch her every move, sickening fans with his actions.

Is he finally going to see justice for his evil behaviour?