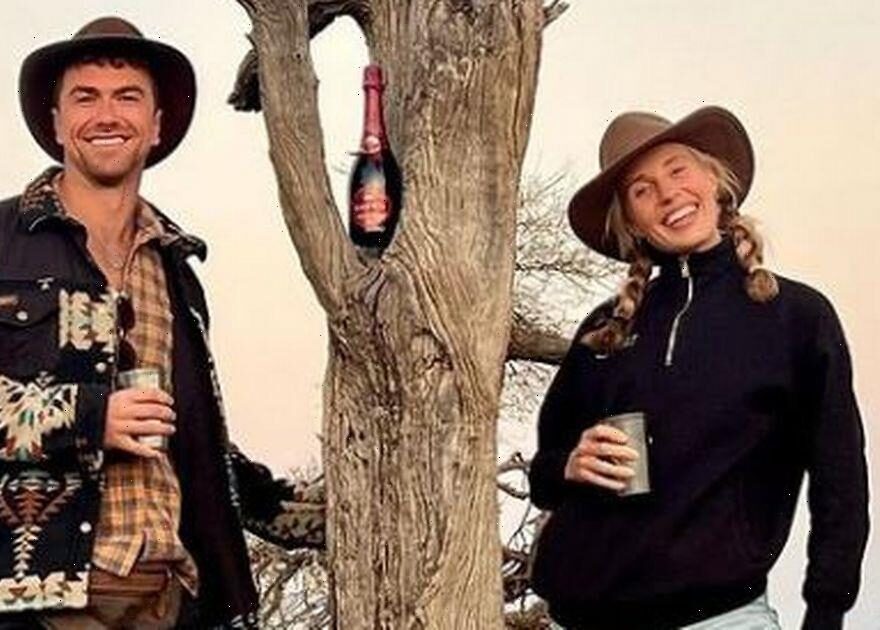 Coronation StreetactorRichard Fleeshmanhas shared the happy news that he is engaged to his longtime girlfriend.

The actor, 33, proposed to his Dutch girlfriend Celinde Schoenmaker during a romantic Africa safari getaway after four years of dating.

Richard, who is best known for playing Craig Harris in Corrie from 2002 to 2006 , took to Instagram to share their happy news alongside a silhouette snap taken at sunset during their trip.

Alongside a stunning shot of the pair at sunset, Richard wrote: “Went to Africa with my girl. I'll be heading home with a Fiancée. Couldn't be happier.”

Celinde, 33, also posted a picture of the two to her grid and wrote: “WOW! Thank you for all your wonderful messages! Really feeling all the love, we’re having the time of our lives. Big love to you all from me and my FIANCÉ! Wooohooooooooooooow!!”

Richard's celebrity pals were quick to flood their newly-engaged pair with messages of love.

Later Richard later shared a video of the duo riding horseback and gushed about their “trip of a lifetime.”

Richard joined Coronation Street in 2002 at the age of 12. At the time, he played floppy-haired Craig Harris who was the goth boyfriend of Helen Flanagan who portrayed the role of Rosie Webster.

It was a rocky start for Richard’s character on the cobbles. Amid the drama surrounding Rosie’s romance with Martin Platt, Craig's sister Katy, played by Lucy Jo Hudson, killed their dad Tommy Harris and their mum Angela was sent to jail.

Four years later he showed off his vocal talents when he won Soapstar Superstar in 2006 which secured him £200,000 for his chosen charity.

Since then, Richard has gone onto star on the West End including Ghost: The Musical which was based on the film with Patrick Swayze and Demi Moore.

As well as being well known on both stage and screen, Richard is a singer songwriter, and even supported Elton John on tour in 2008 on three occasions.

Richard's mother is actress Sue Jenkies who also starred in Coronation Street as Gloria Todd in the 1980s.

Dutch actress Celinde has starred in West End stage productions of The Phantom Of The Opera and Rocketman.

Richard and Celinde joined forces in 2020 to create a musical venture titled Makerman, and released a song titled Reason.