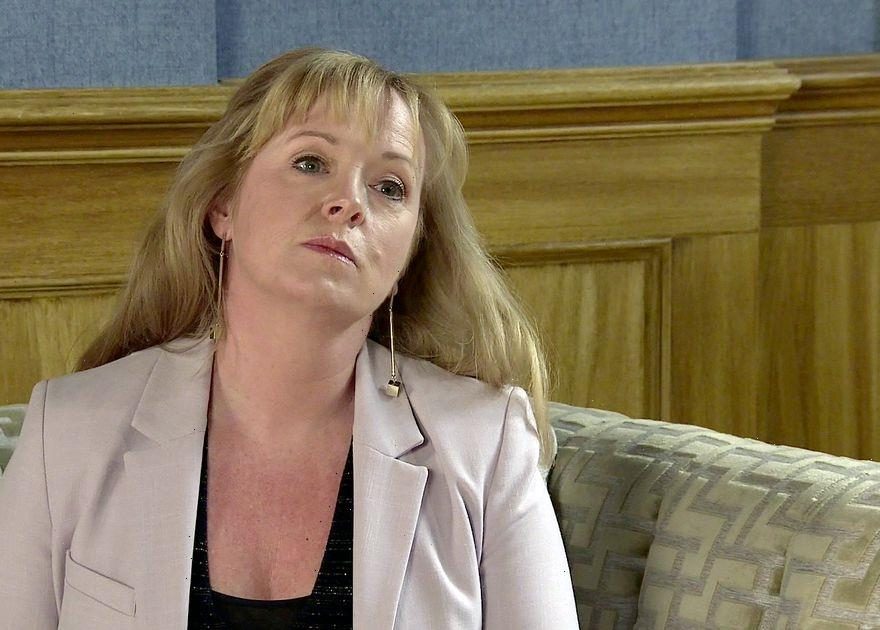 It doesn’t take long for a secret to get out in Weatherfield, as Coronation Street’s Jenny Connor and Ronnie Bailey will soon find out.

While Johnny Connor spent time behind bars in the local prison, Jenny and Ronnie enjoyed a brief dalliance, though vowed to keep things under wraps.

Unfortunately, Corrie spoilers have revealed the pair will be blackmailed in upcoming scenes, as Daisy Midgeley takes advantage of the situation.

It all kicks off when Daisy, played by Charlotte Jordan, confronts Ronnie (Vinta Morgan) and informs him she knows everything that happened between them.

Later, she approaches Jenny (Sally Ann Matthews) and informs her Ronnie has agreed to help her out with her pyramid scheme, selling Double Glammy products.

Ronnie pretends to be enthusiastic, but Jenny immediately smells a rat and asks him for the truth.

When Jenny learns that Daisy tried to blackmail Ronnie, she confronts her and kicks her out of the house, insisting she moves out.

Daisy then tries to tug on Jenny’s heartstrings, claiming she felt abandoned when her dad met his latest wife, casting his daughter aside.

As Daisy pleads to continue living at the pub, will Jenny listen to her head or her heart?

Jenny is suspicious of Sharon’s change of heart, but her suspicion turns to panic when she spots her sitting at a table with Ronnie in the pub.

Chatting to the two with Johnny by her side, Jenny’s husband realises he knows Sharon from prison.

Johnny (Richard Hawley) starts asking questions, pointing out he has never heard of the mentoring scheme that Sharon mentioned being a part of.

Jenny goes to Gary and asks him for dirt on Harvey, only for the pair to realise there is a connection between the drug boss and Sharon.

As Jenny decides what to do with the information, Sharon approaches her and threatens her, revealing she has clocked her chemistry with Ronnie.

Will Johnny find out what happened between Jenny and Ronnie, or can they keep their flirtation under wraps?

Coronation Street airs on Mondays, Wednesdays and Fridays at 7.30pm and 8.30pm on ITV.