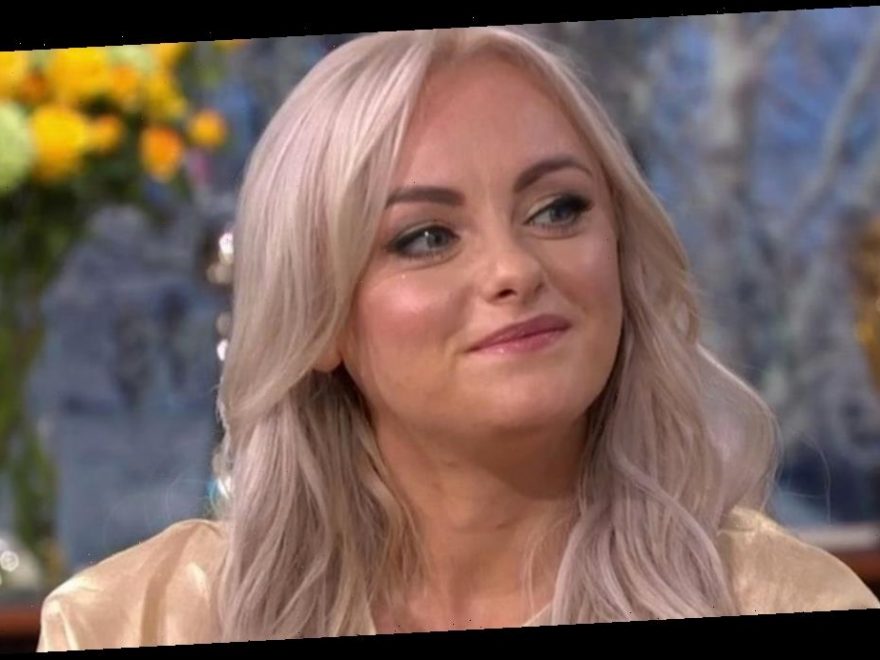 Coronation Street Katie McGlynn appeared on This Morning today after her National Television Awards win to talk about her exit and future plans.

The Coronation Street cast member confessed she wants a "gritty" role, following her seven years as the loveable Sinead Tinker in the Manchester-based soap.

But This Morning host Phillip Schofield suggested she follow in fellow former Corrie star Michelle Keegan's footsteps, by taking over her role as Georgie Lane on Our Girl.

Katie said: "In an ideal world, I would love to get an ITV gritty drama. I'd love that. Or a series on Netflix.

"I just want to do something completely different. I'd like to play someone evil." And when Phil suggested Our Girl, Katie replied: "Could do! I have got a little tom boy streak in me."

Katie also teased a move Stateside, meaning she could be about to crack Hollywood.

The blonde beauty said: "I'm planning to go to LA at some point, I guess at the moment it's about doing the self tapes, auditions, meetings, then hopefully one will come up that works." She went on: "I just want to focus on acting and, yeah, to get something good."

Katie's heartbreaking performance as dying Sinead Tinker got her a trophy at this week's National Television Awards.

But she said winning awards wasn't her main focus for taking on the harrowing storyline.

Katie said: "It is amazing to win this award, but my main concern was raising awareness for cancer."

She explained: "It sounds so self-indulgent, as though I'm saving lives, I'm not, I just played that character, did the storyline, but I can't tell you the feeling you get when young girls tell you, 'I've been for a smear test and have abnormal cells.'

"When it had a huge impact, me and Rob Mallard [who played Sinead's husband Daniel] were pretty shocked, so I'm so, so glad we've done that for that reason."

This Morning airs weekdays at 10am on ITV