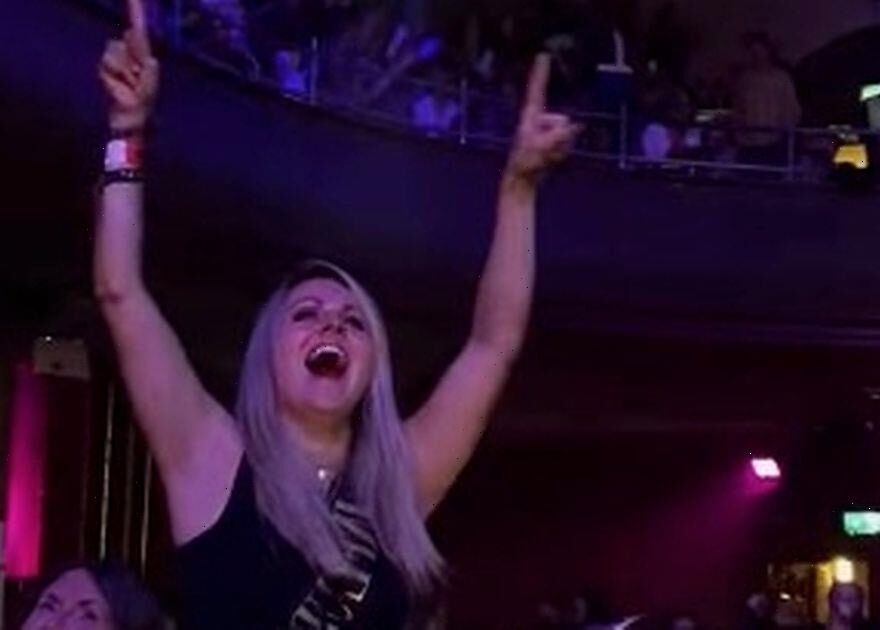 Coronation Street star Tina O'Brien was left gobsmacked as her on-screen mum appeared out of nowhere during a wild night out with pals.

The 39-year-old actress, who plays Sarah Platt in the ITV soap, recently enjoyed a lively evening at Bongo's Bingo .

She donned a tiny black top and denim mini-skirt as she enjoyed a break away from the show.

In a video shared by the bingo company, Tina can be seen dancing with her hands in the air standing on a bench.

However, things took an unexpected turn as Gail Platt made her entrance on stage.

A cardboard cut-out of actress Helen Worth bursted through the doors in front of the crowd.

The cardboard silhouette of the soap icon was paraded around on-stage as Tina took out her phone to record the hilarious moment.

Bongos posted the hilarious video to its Instagram account with the caption: "When you go for a quiet night at the bingo and end up playing for your (on-screen) mum x @tinaob83"

Corrie fans rushed to leave a message in the comment section, with one writing: "I need life size cut out of Gail.:

While a third person said: It's Gail!" alongside crying laughing face emojis.

Tina first appeared on Corrie aged 16, when she took over the role from original actress Lynsay King back in 1999.

She was awarded the Best Newcomer gong at the National Television Awards shortly after joining the soap, and her character's teen pregnancy with daughter Bethany also saw her win the Best Storyline accolade at the British Soap Awards.

Helen, 71, joined the soap as Gail back in 1974, and has had a number of memorable storylines ever since.

Avid fans will no doubt remember when she nearly died in the canal alongside her evil husband Richard Hillman.

Gail has also had to deal with the death of four of her five husbands in a number of dramatic scenes on the long-running show.

More recently, the Weatherfield resident hasl taken time away from the cobbles, travelling to Thailand to find herself.