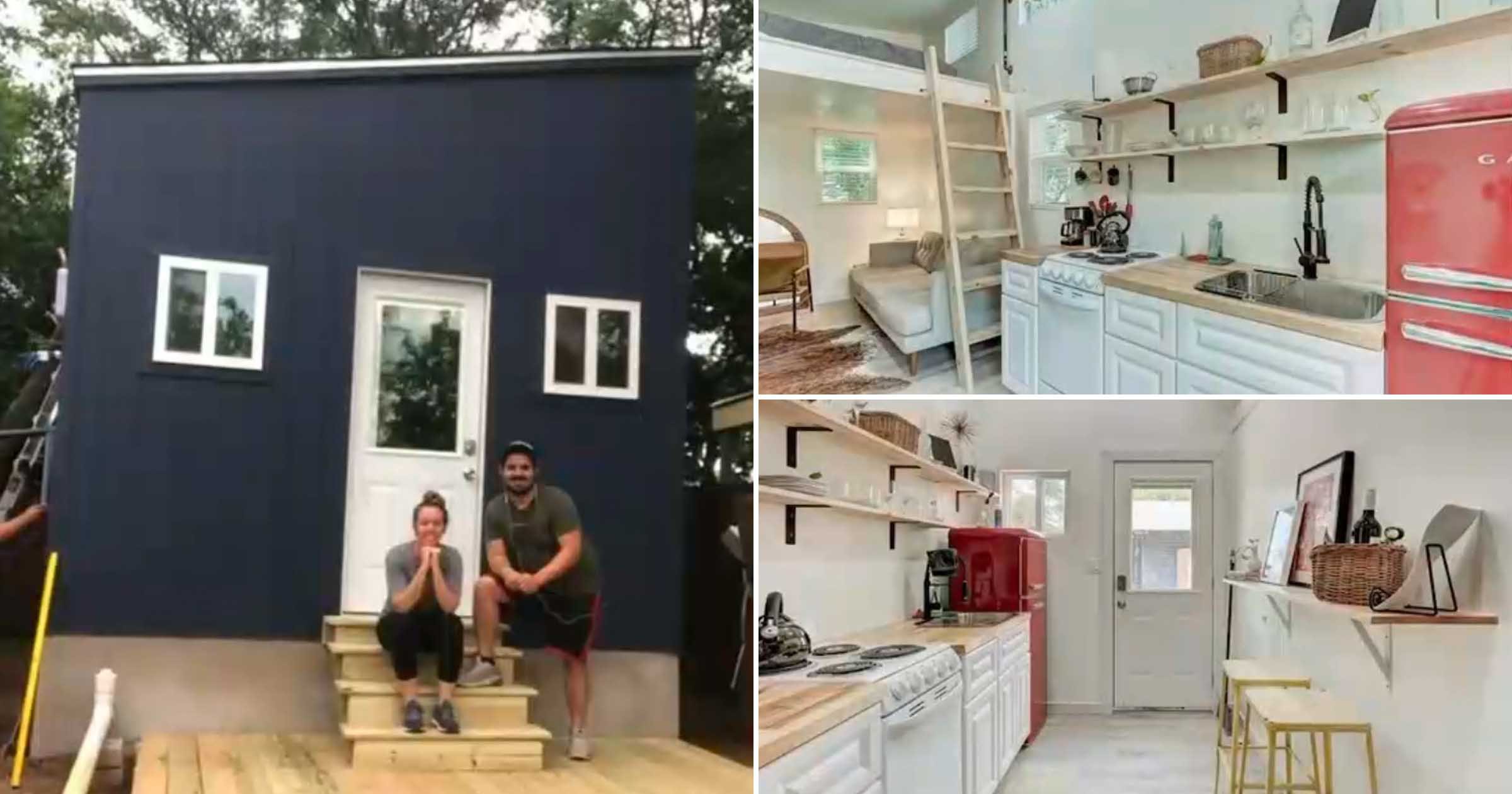 An American couple have built a ‘tiny home’ in their garden and now rent it out on Airbnb.

TikTok user Steph, who posts under @stephinvests, says this brings in around $3,500 (£2,500) a month, which is more than double their mortgage.

The 240 square foot home is small – but perfectly formed.

It features an indoor kitchen and lounge, along with a loft bedroom, accessed via a ladder above the lounge. There’s also an outdoor decking where guests can relax and catch some sun.

Steph said she hired people to do some of the ‘big stuff’ but also did some of the work herself.

Steph, who lives in Austin Texas, took to TikTok to explain how the income from renting out the home in her garden brings in double her mortgage.

She wrote on TikTok: ‘Built a #tinyhome in my backyard.

Considering the project cost them around £36,000 in labour, materials and permits, she’s earnt the investment back in less than a year.

Steph showed how the property was pretty much booked up for the month.

The ‘tiny home living’ movement has blown up on TikTok as people, especially in America where building laws are more relaxed, build their own snug abodes to cope with the housing crisis.

It’s a costly pursuit that many can’t afford, even when costs are kept down by doing bits of DIY.

In the comment section below the video – which has racked up over 825k views – people asked how she had managed to pay for the home in the first place.

Steph explained she saved up £28,000 in cash for the build and to work with licensed contractors.

Get in touch by emailing [email protected]