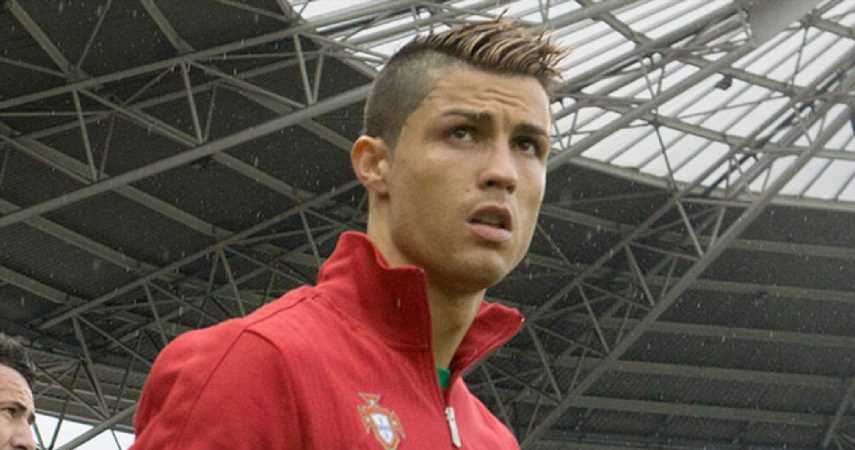 Cristiano Ronaldo was spoiled by his partner Georgina Rodriguez this Christmas when she presented him a Rolls Royce Dawn.

The two-tone luxury car retails for $370,000. It was wrapped in a red bow in a video showing Cristiano surprised by the gift, which Georgina shared to her Instagram feed.

This may seem like a lavish holiday gift, but Cristiano is expected to significantly expand his net worth in the near future. He’s reportedly in talks to sign a 2.5-year deal with Al-Nassar FC for $500 million.

Cristiano is currently worth $490 million but stands to double his net worth from the deal.

The Rolls Royce Dawn isn’t the only impressive collection in the athlete’s garage. His collection is worth a total of $24 million. This includes a $1.95 million Ferrari Monza SP1 he recently purchased in 2021.

The most expensive vehicle in his collection is a $12 million Bugatti Centodieci. He bought it as a 36th birthday present for himself.

This also isn’t the first time Georgina has surprised her long-time partner with a vehicle. The model previously spent at least $800,000 on a Mercedes G-Wagon Brabus as a birthday present for Cristiano.

Cristiano doesn’t just ride in the lap of luxury on the ground. He’s also known for his expensive taste in jets. In July, it was reported that he was selling his private plane for $20.5 million in hopes of upgrading to something bigger.

The jet could only hold 10 people, which didn’t leave a lot of room for extra passengers after Cristiano seated himself, his girlfriend Georgina, and their five children.

Cristiano’s eldest son, Cristiano Jr., was born in 2010. He went on to welcome twins via surrogate in 2017, while Georgina gave birth to a daughter the same year. She delivered twins at the start of this year, but their son died during childbirth. He was survived by his twin sister.

Cristiano reportedly owns an even larger jet, valued at $64.5 million, which can seat up to 18 people. It’s unclear if he plans to buy another jet soon, or make this one his main aircraft.

But with a half-billion deal on the horizon, it appears Cristiano has the means to invest in a new toy or two, if his recent Christmas present is any indication.