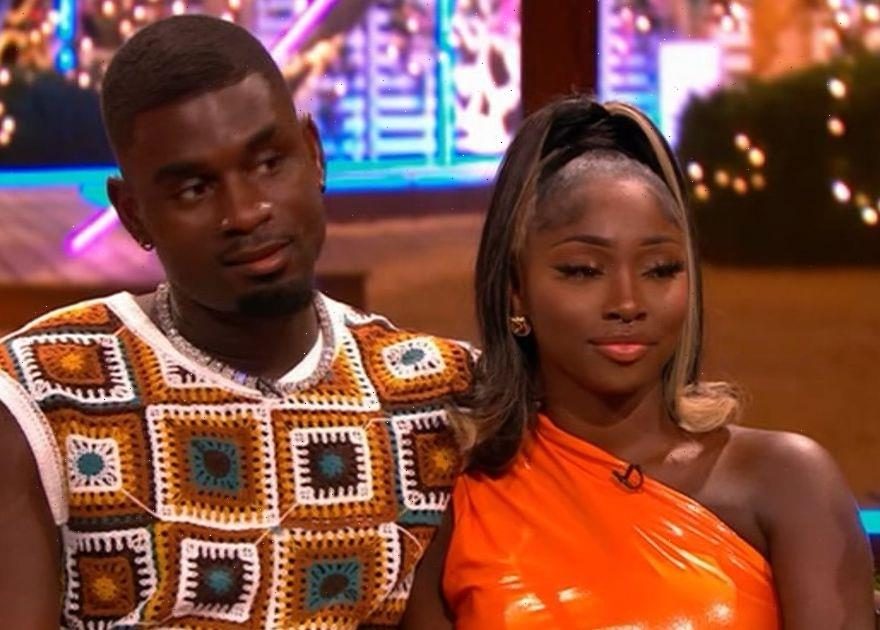 Love Island viewers were left wondering why one of the contestants was 'moody' as they watched Dami Hope's less than enthusiastic stint on Sunday night's Reunion episode on ITV2.

Host Laura Whitmore welcomed all of the finalist couples at the start of the catch-up episode and it did not take Dami long to sour the mood as he declared he was “tired” with a fed-up expression in response to an opening question of how everyone was doing.

Fans of the show soon took to Twitter to question what had happened to put Dami in a bad mood.

Another viewer claimed: "dami and indiyah 100% had an argument before they filmed this omg #loveisland #loveislandreunion."

Laura later sat down to speak Dami and Indiyah and asked the pair whether they were still waking up in bed together since leaving the villa.

Replying bluntly, Dami said: "Well, where else would we be?" to which Laura responded: "Okay, just checking!"

However, Indiyah had already revealed on Instagram that Dami would be “leaving her” after the Reunion show.

Announcing that Dami was leaving London to fly back to Ireland, Indiyah posted a short clip of her hunky microbiologist boyfriend as he lay in bed and she stroked his head.

In the short clip she was stroking his forehead as his head popped out of the duvet cover.

She could be heard saying: "You're going back to Ireland," to which he replied: "Ireland baby."

Shortly after the emotional clip, Indiyah posted a collage of her and Dami from the night of the reunion, where they could be seen getting glammed up and ready for the cameras.