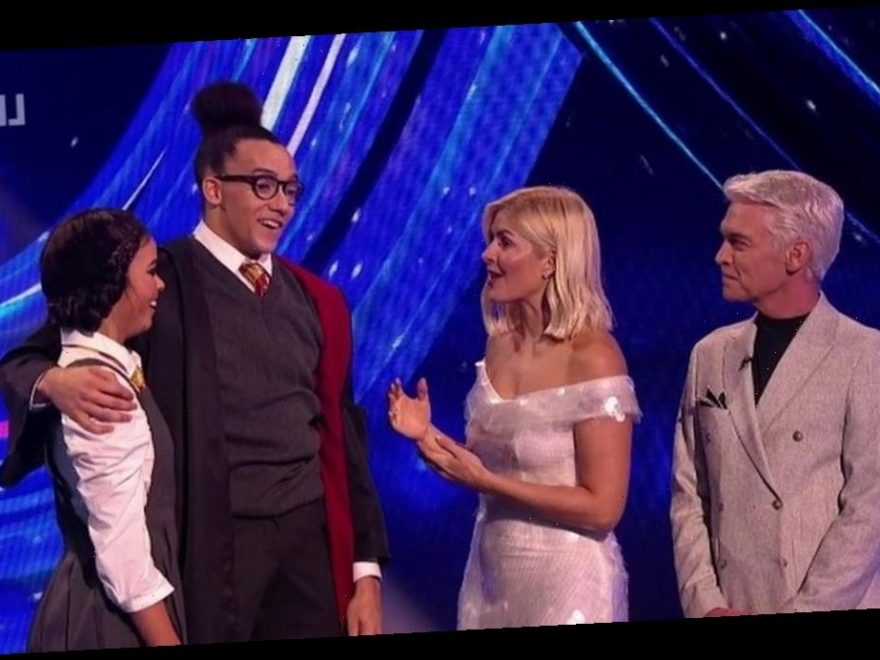 Perri Kiely was in tears as he received the first tens of the series after his Harry Potter-inspired skate on Dancing On Ice tonight.

The Diversity star, 24, wowed the judges after flying in a harness for Movie Week before gliding across the ice like he was flying.

Adorned in a Hogwarts-style robe, he and partner Vanessa Bauer were left speechless after scoring a near-perfect 39.5 after receiving three tens and one 9.5.

Asked how he felt by hosts Holly Willoughby and Phillip Schofield afterwards, a teary Perri said: "Im just happy that it was on a routine when I was doing Harry Potter because I love Harry Potter."

However the audience had not been happy that Christopher Dean had scored him a 9.5 and let him know it.

"It's the first time that a 9.5 has been booed," Ashley Banjo joked as he gave his feedback. "There were at times when it looked magical, you were flying.

He added: "It was Harry potter, it was perfect."

Meanwhile Chris insisted that a 9.5 was still a great score and that his skating "speaks for itself".

"I love the way that you flow over the ice," he said.

John Barrowman quipped: "The characterisation, the music – everything was a 10. It was fabulous!"

Jayne Torville agreed, saying: "It was a seamless performance and you stayed in character. and you were skating in a harness!"

*Dancing On Ice returns next Sunday at 6pm on ITV