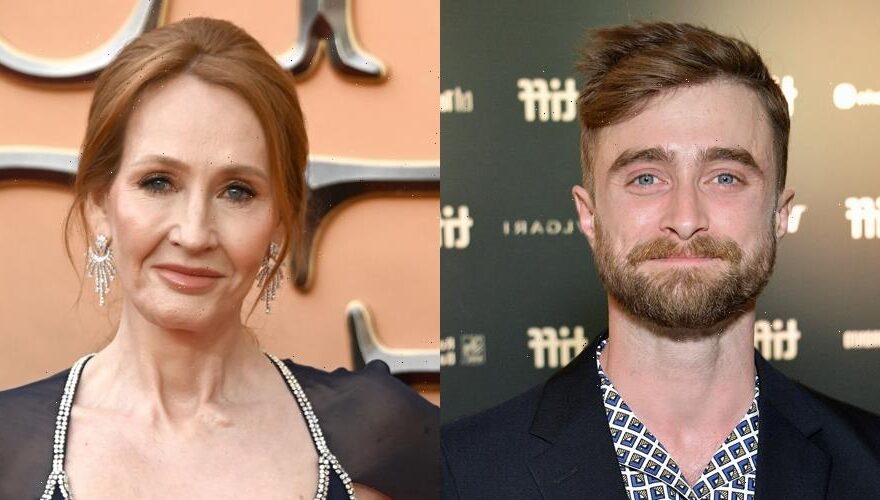 The 33-year-old star of the movies spoke out against the author back in June 2020 after some of her transphobic tweets.

“Transgender women are women. Any statement to the contrary erases the identity and dignity of transgender people and goes against all advice given by professional health care associations who have far more expertise on this subject matter than either Jo or I,” Daniel shared at the time.

In a new interview, Daniel shared why it was important to speak out against her and her comments.

See what he said inside..

“The reason I felt very, very much as though I needed to say something when I did was because, particularly since finishing Potter, I’ve met so many queer and trans kids and young people who had a huge amount of identification with Potter on that,” he told IndieWire. “And so seeing them hurt on that day I was like, I wanted them to know that not everybody in the franchise felt that way. And that was really important.”

“It was really important as I’ve worked with The Trevor Project for more than 10 years, and so I don’t think I would’ve been able to look myself in the mirror had I not said anything,” he added. “But it’s not mine to guess what’s going on in someone else’s head.”

Earlier this month, both Daniel and JK paid tribute to the late Robbie Coltrane, who portrayed Hagrid, after he passed away.

If you missed it, it was recently revealed that all eight Harry Potter movies are returning to this streaming service.