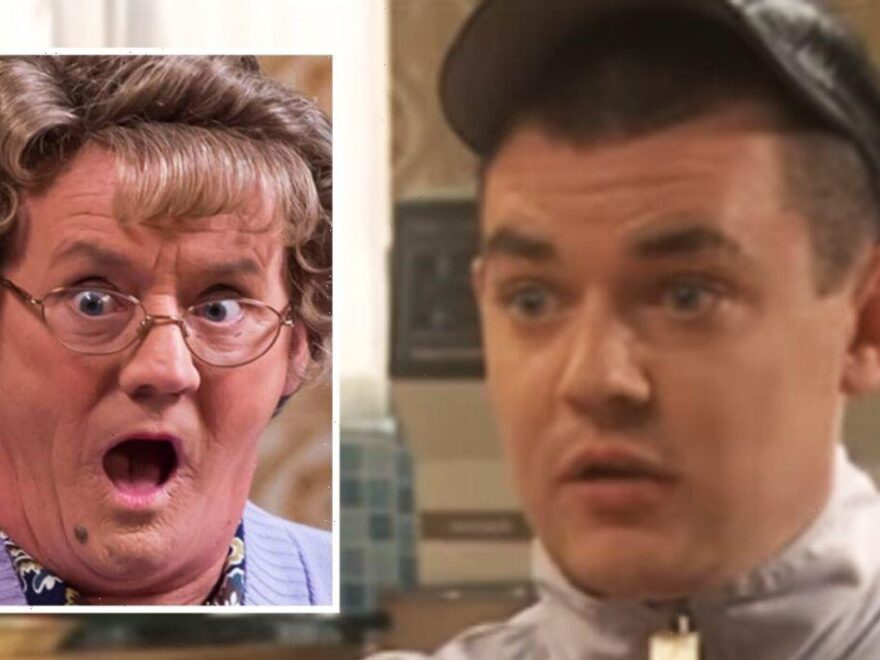 Tonight Mrs Brown’s Boys returns to BBC for two festive specials and will welcome the Brown family back. The series is set to return with four new episodes in the new year, with father and son duo Danny and Brenda O’Carroll back working together. Danny recently opened up about working with his father and the impact it has had on their relationship.

The series began in 2011 and left viewers in hysterics over witty Brown family dynamics.

Fans of the show have been desperate for a new series with many begging for the family to return.

Brendan recently opened up about the return of the comedy and revealed that the BBC were “adamant” they would get four episodes in the new year.

This means Danny and Brendan will be returning to the set with one another and playing their father/son duo on screen.

Danny recently spoke to Express.co.uk and opened up about his relationship with his father, revealing that working together has made them stronger.

He explained: “Me and dad have always been strong, we are a very lovey-dovey family, so me and dad have been best mates since I was born.

“Dad has always been a best friend to me, but I don’t get to see him as much now because he lives in Florida, so we only get to see each other when we are at work.

“So work is so much better because I get to see my dad and my other family. We have our little arguments here and there but at the end of the day, we all adore and love each other so much.

“I work with my wife, my sister, my auntie, my step mum, my dad, everyone in the show is family. It is a family-ness of the success.”

Fans were devastated when it was revealed that no more seasons would come from the dysfunctional family.

However, Danny revealed that he was unsure about the future of the show but is always up for more storylines.

He expressed: “Your guess is as good as mine, we are doing a mini-series which is out next year and after that, I don’t know what is happening, a Christmas Special.

“We haven’t done a series in eight years, so we have just been doing Christmas specials every year, so it is the first time coming back in eight years to do the mini-series, so it should be fun.

“We enjoy it. Listen we will keep doing it as long as they keep asking us to do it. It is just nice to be on Christmas day.

“I love the fact that people respond to it as positive and they sit around and watch it which is nice. So hopefully we can keep going.”

Despite fans calling for the series to return, Brendan revealed that the series almost never took off due to one swear word in the script.

In his new memoir, Call Me Mrs Brown Brendan, he said: “He [producer Gareth O’Callaghan] called me to say that he had listened to them and he loved them.

“He couldn’t run the shows,” Brendan went on to add.

“His producer Ian Demsey had blocked them. I asked why and Gareth said the producer had pointed out that it was because Mrs Brown said ‘bum’.