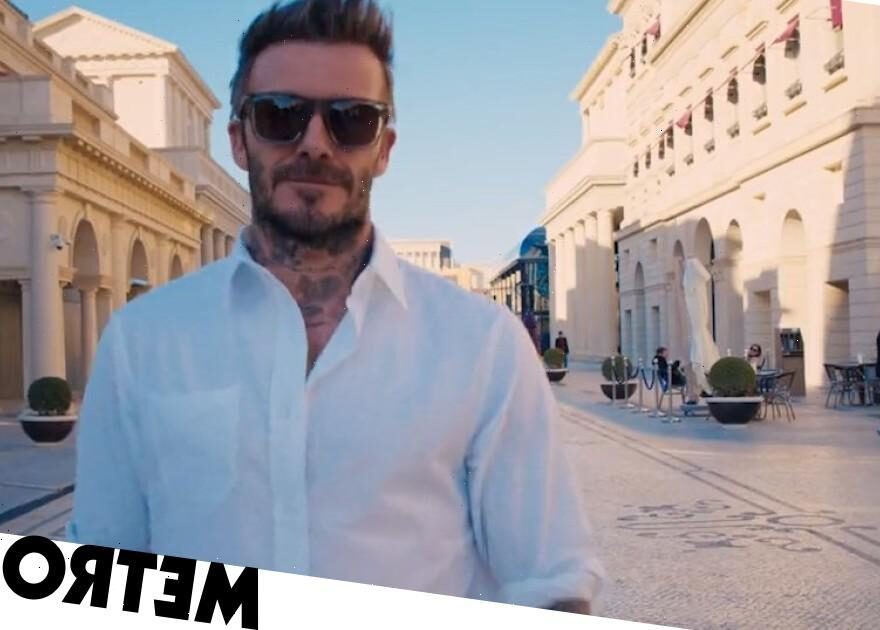 David Beckham featured in a new video for Qatar Tourism, describing the country as ‘incredible’ and saying he ‘can’t wait’ to take his children back – despite its human rights record.

The World Cup is set to take place in Qatar this winter, but it has proven a controversial decision for various reasons, including it being illegal to be gay in the country, and women needing permission to study or marry.

‘This will go down as one of my favourite mornings. People in Qatar are very proud of their culture. The modern and traditional fuse to create something really special.’

‘Qatar really is an incredible place to spend a few days on a stopover,’ he added. ‘I cannot wait to bring my children back.’

Gay people and women suffer from discrimination in the wealthy Gulf state, where same-sex relations are illegal.

Another concern is the treatment of migrant workers, with more than 6,500 said to have died since the World Cup was awarded a decade ago, according to a report by The Guardian. 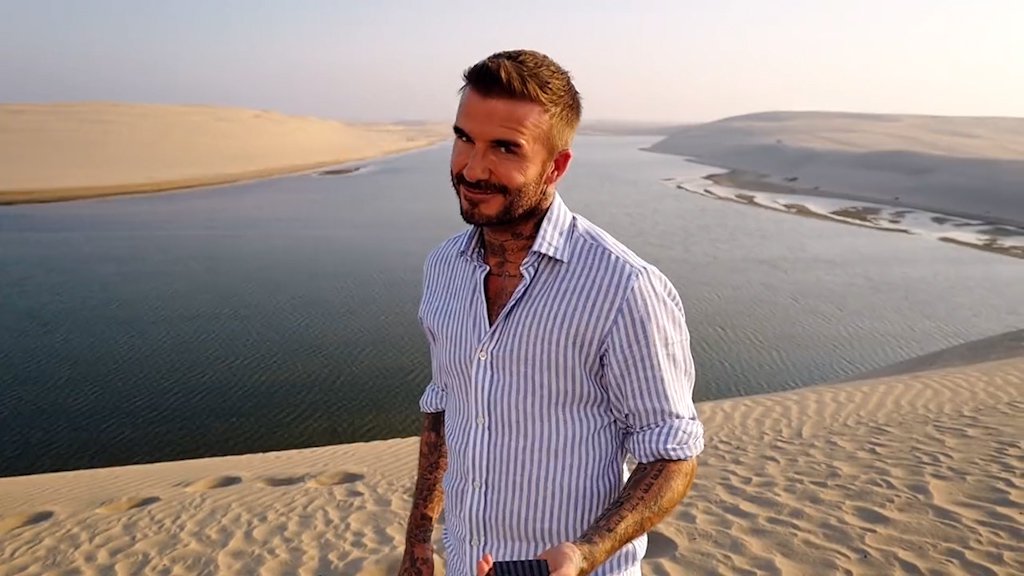 Human rights campaigner Peter Tatchell previously urged David to ‘think again’ before promoting the country, saying: ‘His work for Qatar could cause grave damage to his reputation.’

A spokesperson for David told Metro.co.uk at the time: ‘David has been visiting Qatar regularly for over a decade and went on to play for PSG [Paris Saint-Germain], so he has seen the passion for football in the country and the long-term commitment that’s been made to hosting the World Cup and delivering a lasting legacy for the region.

‘He’s always talked about the power of football as a force for good … As we reach the one-year-to-go point, he will join the wider football community that is coming together for the World Cup 2022.’

Qatar has said ‘everyone is welcome’ at the World Cup, which begins in November, and rainbow flags can be displayed in stadiums.

In May last year, the authorities took steps to protect the workers from the extreme heat and they say the mortality rate is within the expected range given the workforce size.

Metro.co.uk has contacted reps for David Beckham for comment.