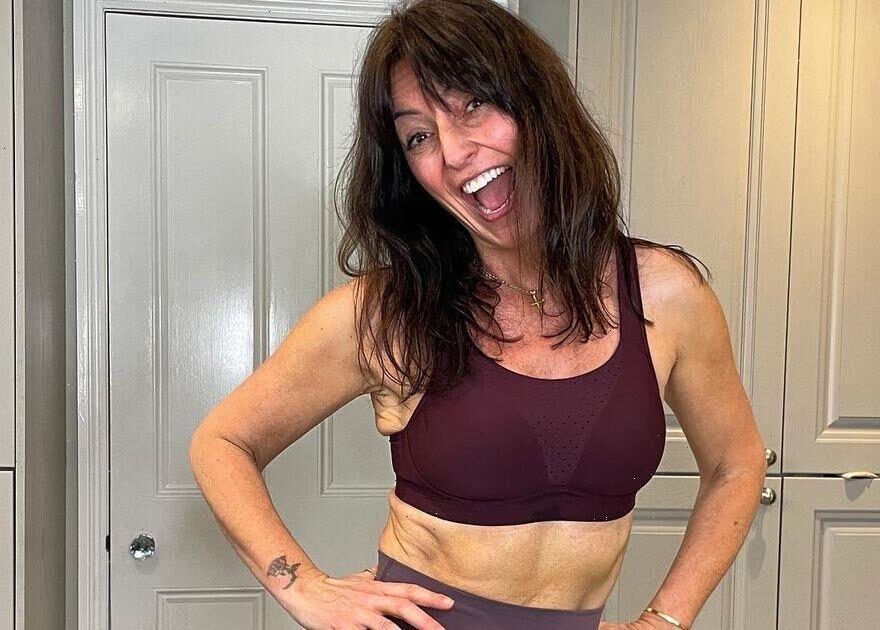 The Masked Singer star, 55, is well used to being branded the sexy title by her legion of loyal fans, but slammed the “terrible” service she got while eating out in the hat.

Of course, where else could she be but the aptly named Karen’s Diner near Manchester?

She was left thrilled by the experience and encouraged plenty of other fans and pals to follow her to the Prestwich-based restaurant.

The star headed all the way from her Tunbridge Wells home to the diner, which ended up a 520-mile round trip, along with her boyfriend Michael Douglas.

Also in attendance were Davina’s kids and pals, who were also forced into the embarrassing paper hats.

Michael’s referred to giving carpet burn, while one of the lads’ hats said: “I get breast-fed.”

Others read “Virgin” and “Tory”.

The diner prides itself on ‘great food and terrible service’, with staff branding patrons “w***ers”, flipping them the finger and warning them to never come back.

It’s a place where anyone can be a Karen.

Sharing her experience on Instagram, Davina gushed: “We made a pilgrimage from Tunbridge Wells to Manchester and back in a day to go to the almighty @karensdinerofficial. Amber took terrible care of us!

“She was totally hilarious. Our greeting by front of house was brilliant. It was so so so funny! Tag line to Karen’s Diner is great food, terrible service… it HAS to be experienced…

“Highlights include Harriet getting her veggie burger with a flag on a cocktail stick in it… and it said w***er. It was worth the journey!”

In her video, Davina asks their waitress if she has any Coke Zero who responds by saying: "You've literally got a menu on the table haven't you, you stupid *****."

Davina’s fans were quick to hop into the comments section to gush over Davina’s experience, with Strictly It Takes Two host Rylan writing: “I’m so jealous!”

As another fan gushed: “I would love to work there!”

Someone else giggled: “You could have come to my dining room in Tunbridge Wells to save yourself the mileage! And I’m called Karen!”

Others were baffled by the entire experience, as one echoed: “I must be getting old. Why would you enjoy that?”

“Sounds delightful… not! I’m too old clearly,” another posted.