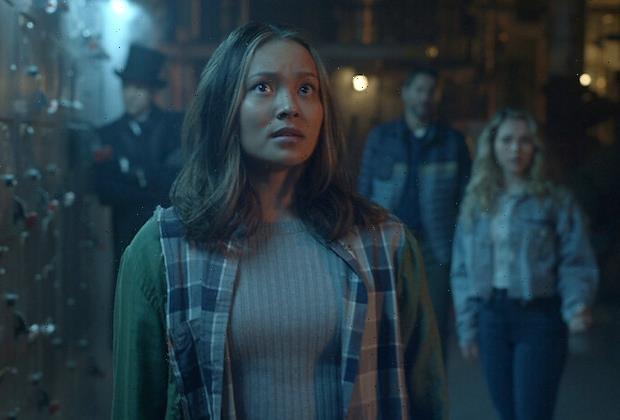 Just as the JSA gets wind of an ominous new threat, the team will also get a blast from their recent past, in this Wednesday’s episode of DC’s Stargirl.

In the “Frenemies” season’s “Chapter Seven: Infinity Inc. Part One” (of two), airing Wednesday at 8/7c on The CW, in the wake of Beth’s (Anjelika Washington) major discovery on The Gambler’s laptop — that the entire town is being surveilled by someone/something — the JSA moves forward with a risky plan that will affect all of Blue Valley.

Amidst all that, Jennie Hayden (guest star Ysa Penarejo) aka Green Lantern Alan Scott’s daughter returns to the fold, seeking help from Courtney (Brec Bassinger), as seen in photos above and below. 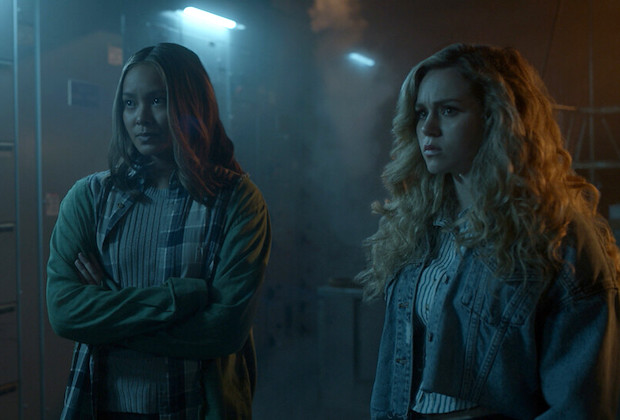 As we reach the midpoint of Season 3, might Jennie’s predicament foretell the arrival of her long ago-cast, long-lost twin brother Todd Rice aka Obsidian, to be played by Tim Gabriel?

Or is she simply still having trouble “going green”? As the synopsis for next week’s “Chapter Seven: Infinity Inc. Part Two” tells us, “Desperate to avert a major crisis on their hands, Courtney attempts to help a friend navigate their powers” — though that could just as easily refer to burgeoning “ice man” Cameron Mahkent.

Want scoop on Stargirl, or for any other show? Email [email protected] and your question may be answered via Matt’s Inside Line.