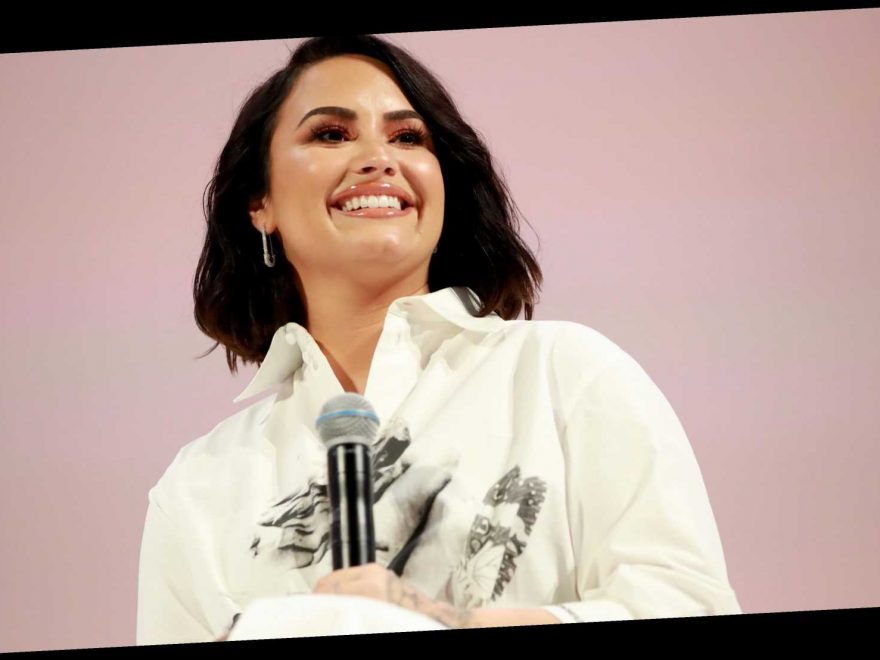 Huge, HUGE news for Demi Lovato fans: She’s planning to sing a new song at the Grammys on Sunday—and it carries a lot of meaning for her.

Demi just did an interview with New Music Daily with Zane Lowe where she opened up about her new track, “Anyone.” According to Demi, it was written and recorded before she overdosed at her California home in July 2018.

“I almost listen back and hear these lyrics as a cry for help,” she said. “And you kind of listen back to it and you kind of think, ‘How did nobody listen to this song and think, “Let’s help this girl?’” Demi said she was “recording it in a state of mind where I felt I was okay, but clearly I wasn’t.” Now, she said, “I even listen back to it and I’m like, ‘Gosh, I wish I could go back in time and help that version of myself.’”

Demi overdosed on heroin and was revived by Narcan before being take to a hospital in Los Angeles, where she spent time recovering.

Demi said her support system—and weeding out people who aren’t so good for her—has been a big part of her recovery. “You still have to make a decision every time like, ‘Is this somebody I want around?’ If it’s not conducive to your journey that you want to be on, there’s no reason for them to be around,” she said.

Still, Demi said, she’s not perfect. “I think I still have that error of judgment,” she said. “You learn, for your entire life, red flags [and] things to look for. Unless you’re 100 years old with a bunch of life experience, you’re never going to know right away who’s good for you and who’s not. Sometimes you get fooled.”

Demi’s also been a huge advocate for body-positivity over the years:

Now, Demi said she is hopeful about the future. “To change my perspective on things—especially when I got through something difficult, I always stop and I think, ‘Why is God putting me through this?’” she said.

Soon, she also hopes to have kids. “I want to start a family. That would be dope,” she said. “I don’t even know if I see it with a man or a woman. I just know that, at some point, I would love to do that this decade.”

Demi’s Grammy performance will be the first time she’s performed live since her overdose.