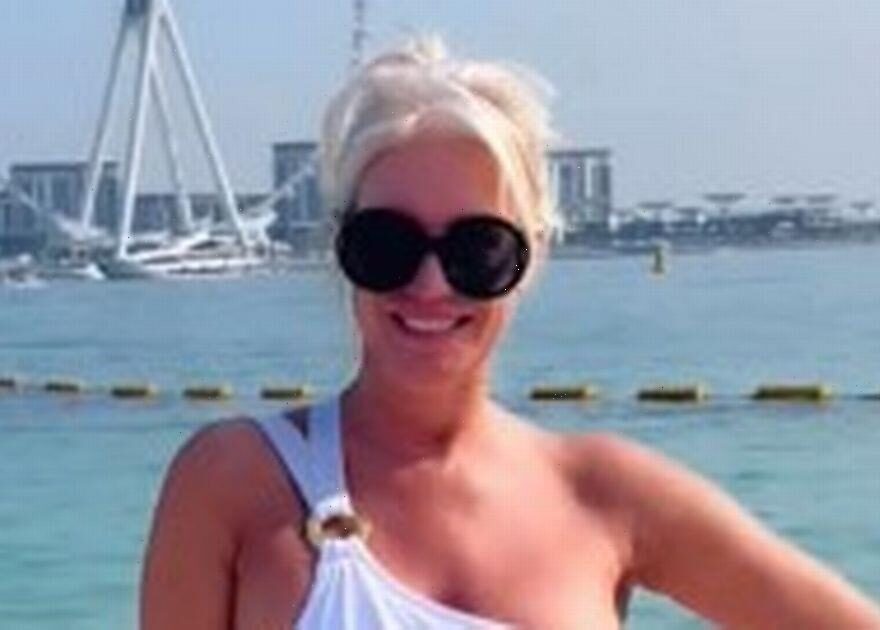 Celebrity Gogglebox star Denise Van Outen has sent her 683k Instagram followers wild, with some labelling her an "ageless beauty", as she shared a number of swimsuit snaps while on holiday in Dubai.

The former Big Breakfast host, 48, showed off her toned physique as she posed in two separate swimsuits, the first of these being a red one-piece that she sported while on the beach and while venturing out into the sea.

Denise then later donned a stylish asymmetrical white one-piece, in which she posed on the beach, alongside her boyfriend Jimmy Barba.

Fans were quick to comment on the star's holiday pics, complimenting her enviable figure, with one writing: "One of them women who get betterer and betterer."

Another added: "Like a fine wine" and a third wrote that Denise was "looking absolutely fabulous."

Denise made her first public appearance earlier this year with boyfriend Jimmy at The Hurlingham Club in London, during the 12 annual Grand Prix Ball.

Prior to then, Denise had been previously engaged to Eddie Boxshall with the couple ending their seven-year relationship after she discovered messages and pictures from other women on his iPad in November 2021.

However, Denise has since moved on and she recently looked very loved up with her new beau Jimmy – who wore a Christmassy burgundy suit – to a recent festive event in London earlier this month.

Denise, who is mum to Betsy, 11, who she shares with ex-husband Lee Mead, wrote in her autobiography A Bit Of Me: From Basildon To Broadway And Back that she asked herself whether or not she could brush Eddie’s actions under the carpet.

But she said, “I’ve got too much self-respect and I just can’t live like that. I felt like, in a few selfish moments, he’d ruined it. I couldn’t imagine it ever feeling the same.”

However, Denise told OK! earlier this year that while opening up about her experiences was tough, the process was also useful.

“It was an opportunity to be very open about certain things and it’s cathartic when you do something like that. Some of it is difficult to talk about but I think that after writing it and now it’s out there, I feel better,” she explained.