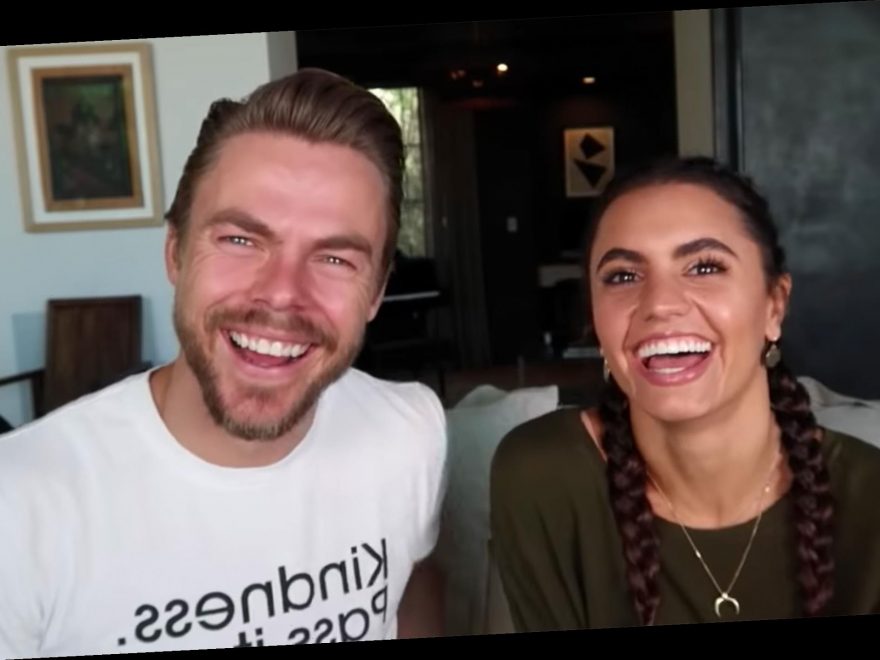 Sorry Dancing with the Stars fans, but don't expect a proposal from Derek Hough this week.

Following the announcement that Hough and his girlfriend Hayley Erbert would be performing on DWTS Monday, fans couldn't help but wonder if the new judge would pop the question following their dance routine.

In a new episode on the couple's YouTube channel, the pair answered a series of "juicy questions" including one about any upcoming proposal plans. Asked by a fan if Hough was planning on proposing during the ABC show, the pair looked at each other and immediately burst into laughter.

Speaking to Entertainment Tonight about his upcoming performance, Hough echoed a similar answer as to whether or not he would propose to Erbert on the show.

"I'm just going to be straight up, that's not happening," he revealed. "Just because, that's just not my style I don't think, you know?"

As for when Hough is thinking of getting engaged, he joked, "I don't know timelines, I just know shapes."

Hough and Erbert began dating in 2015 after meeting on DWTS, where she began as a troupe dancer in season 21. Hough last competed as a pro on the show during season 23, after taking the previous season off.

On Friday, the ABC reality dance show posted a "sneak peek" at what Hough is working on for his routine in the ballroom this week.

Sneak peek at what @derekhough is working on! Don't miss his special performance in the #DWTS ballroom on Monday!

In the clip, Hough is dancing shirtless to a suspenseful song while twirling around a red flag. "Garage rehearsals 🕺🏼," the dancer replied to the video.

Before returning as a judge for the current season, Hough held the record for the most wins held by any pro, with six mirrorball trophies. He took home the top prize with celebrity partners Brooke Burke (season 7), Nicole Scherzinger (season 10), Jennifer Grey (season 11), Kellie Pickler (season 16), Amber Riley (season 17) and Bindi Irwin (season 21).

During a recent appearance on The Ellen DeGeneres Show, Hough said self-isolating with Erbert during the coronavirus pandemic brought them closer together as a couple. "We came together, we got closer," he said. "We grew as a couple tremendously. We even started a YouTube channel together, cooking."