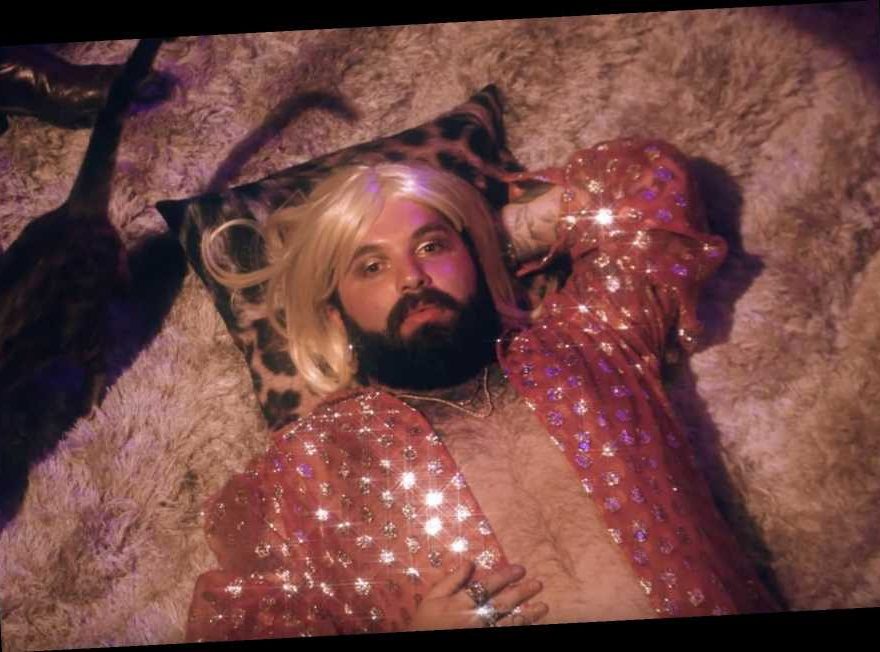 The singer-songwriter and performer known simply as Desure taps into his glammy side in the video for his cover of Carly Simon’s “You’re So Vain,” which officially arrives today. Desure, whose given name is Josh, puts on a series of wigs and slays some flamboyant looks in the mesmerizing, gender-bending clip, nodding to his punk-rock origins and the anything-goes vibe of his Los Angeles upbringing.

“It’s all weirdos and people expressing themselves and doing whatever the fuck they want because the guy next to them is even weirder,” says Desure, calling from his current home base in Austin, Texas.

Director Collin Duddy (brother of Cameron from Midland, with whom Desure once served as tour manager) and Desure had a basic idea for the look of the video, but budgetary and time constraints — plus a last-minute location change — forced it to become something truly special.

“We just knew that we had a small budget, we had one day that we had to shoot,” says Duddy. “We knew we wanted to use a bunch of different looks on Josh and really go for it.”

Where this depiction of a burly, bearded man dressing in wigs, makeup, and women’s clothing could have scanned as cruel or crude, Desure took it the opposite direction and found some underlying pathos and beauty in his performance. He even cut one scene where he had been laughing for fear it would undermine his character.

“I want[ed] to take that out ’cause I want to stay in that moment and it is real, and I am feeling it,” he says. “I’ve always wanted to act and try different things and this is a character that is fun to try. I just went fully in on it. I was like, if I’m going to be doing this, I want it to be believable.”

“As soon as we started shooting, it became clear that we were tapping into something Josh had inside of him, I guess,” says Duddy. “I certainly connected with what he was doing.”

And for Desure, playing around with masculinity and gender in this manner is just an aspect of really embracing artistic freedom and being willing to go for it.

“There’s nothing more masculine than wearing women’s clothes and makeup,” he says. “Being a straight man and getting away with this shit, I want to prove something to people that you can do whatever the fuck you want and have fun.”

Desure released his recording of “You’re So Vain” in December after incorporating it in his live shows. It precedes his forthcoming Desure: Stripped for Your Pleasure EP, which features reimagined versions of his originals like “Spilled Guts” as well as covers. The first offering, “Coming Down,” will be released Friday, January 24th.