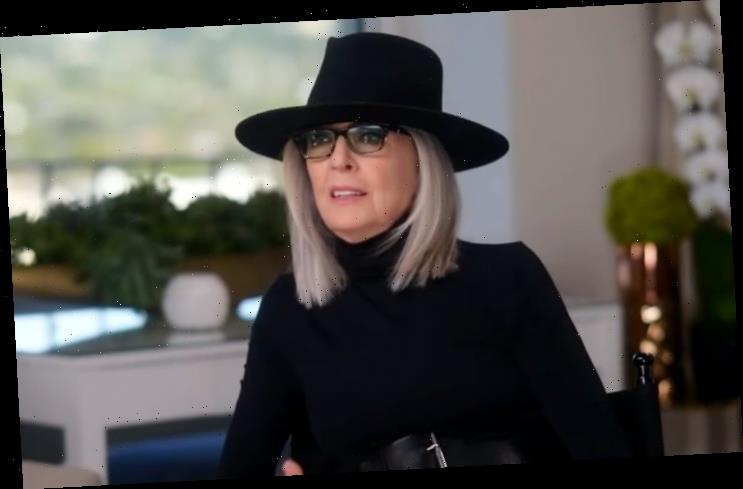 During an interview with ‘Good Morning America’, the ‘Book Club’ actress expresses her regret for not being a better sister for Randy who is battling severe mental decline.

AceShowbiz –Diane Keaton fought back tears as she recalled a letter her brother wrote to her about her performance in “Reds” during a TV chat.

The actress included the letter from Randy in her new book, “Brother & Sister”, but it really resonated with her as it was read during an interview with “Good Morning America“, which aired on Wednesday morning, February, 05.

In it, her sibling, who is now battling dementia, critiques her role as Louise Bryant in the 1981 film, stating: “There are times in ‘Reds’, when I wanted to stop the projector so the moment wouldn’t move so fast. Where did you learn to use your face so well…?.”

Shaking her head and taking a huge sigh to compose herself, the actress said, “That was sweet of him. I don’t know what to say. I’m sorry.”

She later revealed she had regrets about her role as a sibling, adding, “I wish I could have been a better sister.”

In the book, Keaton tackles her brother’s alcohol and health issues, revealing she thoroughly enjoys their weekly trips to get frozen yoghurt together, even though he is battling severe mental decline.