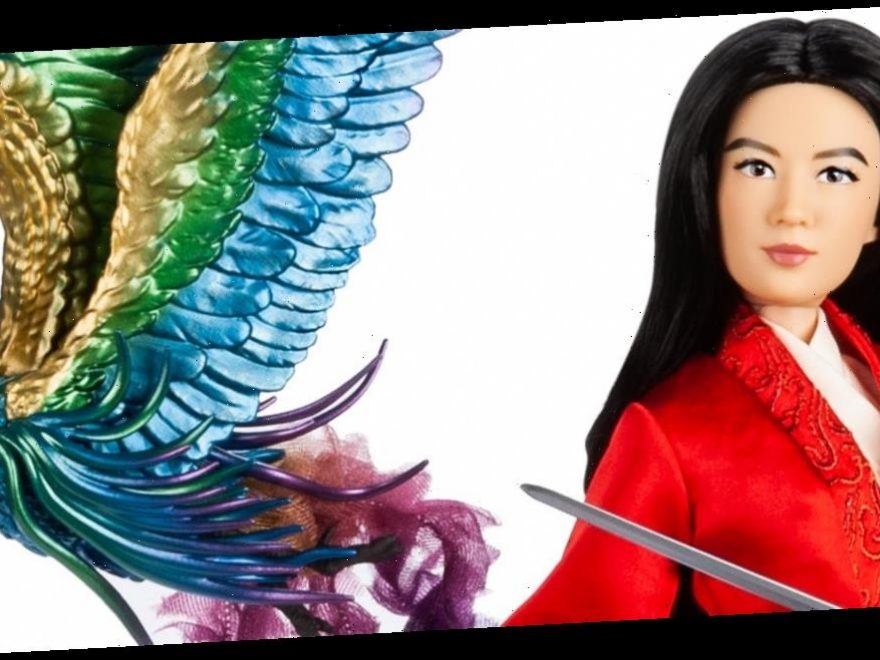 The Disney Store will release a limited edition doll to coincide with the upcoming theatrical debut of the studio's live-action "Mulan" next month.

Announced in time for New York Toy Fair, the $129.99 Mulan doll will be dressed in her iconic red robe with armor and molded boots. She also comes with her father's sword, which she takes into war.

Disney will release 3,400 "Mulan" dolls, modeled after actress Liu Yifei who was cast in the film's lead role.

Most interesting is that the limited release comes with a brightly-colored phoenix that isn't in the original 1998 animated movie.

The phoenix character was first teased in a December 2019 trailer, but we didn't expect it to be multi-colored. Mulan's father tells her it's the guardian of the Emperor of China. When she runs off, her father asks his ancestors to protect her. The trailer then cut a similar phoenix.

It's believed the bird will replace fan-favorite dragon Mushu in the new film as Mulan's protector.

"Mulan" is in theaters Friday, March 27.