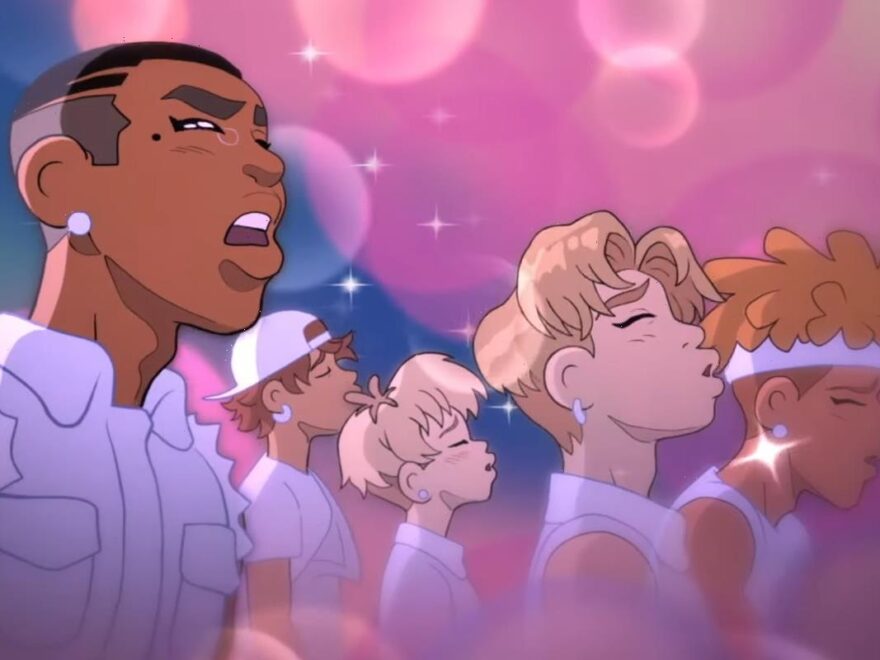 4*Town has a brand new music video out now for their song “1 True Love“!

The fictional boy band from the Disney/Pixar movie Turning Red consists of members Aaron Z., Aaron T., Robaire, Jesse and Tae Young, and have three full songs on the soundtrack.

The video follows the character Tyler from the movie, who is a bully with a major secret love for 4*Town, and we see part of his love for the boy band.

You can check out a clip from the music video right here, but the full video is actually only available on Disney+ right now!

To watch it, head to the streaming service and look up Turning Red, then click on the “Extras” and scroll down to the “1 True Love” video.

This is the second music video, after the band’s big breakout single “Nobody Like U,” which was actually just recently nominated for a 2023 Grammy!

If you missed it, find out who voices who in 4*Town…