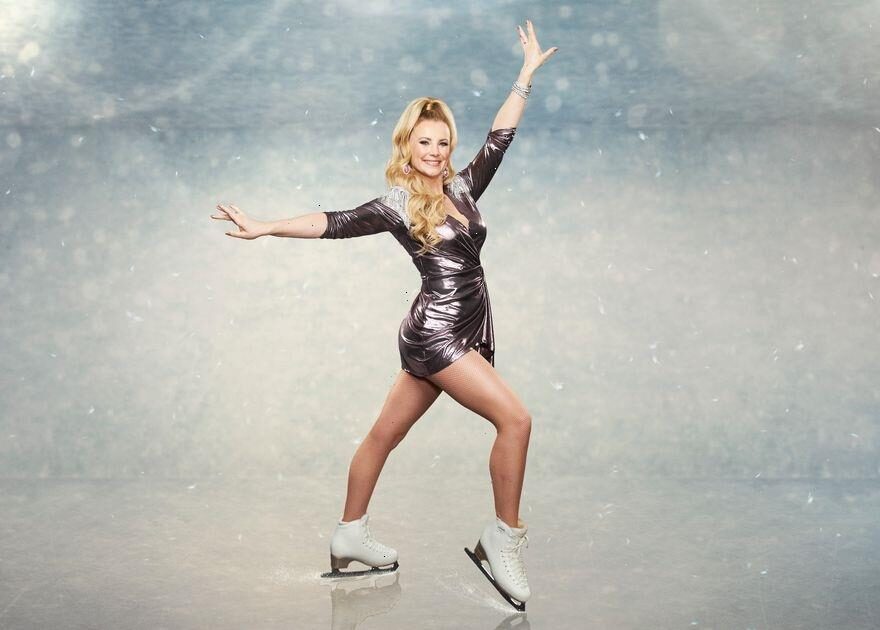 Former soap star Carley Stenson has revealed she’s exchanged tips with her former co-star Jorgie Porter on how to handle the ice on Dancing on Ice.

Carley – who played Steph Cunningham in Hollyoaks until 2010 – is appearing on the 15th series of the hit ITV skating show with her dance partner Mark Hanretty.

Jorgie came second in the 2012 series of the show alongside DOI legend Matt Evers.

Carley, 40, said: “I’ve already messaged Jorgie, actually. She said, ‘Do it. I had such a blast.’ She gave me advice, just as I gave her advice because she’s having a baby – we’ve kind of life-swapped!”

Speaking about parenthood previously, Carley – who also played Harriet Shelton in BBC soap Doctors – revealed how the pandemic helped her realise she wanted to become a mum.

She revealed, "We were on this fast, amazing rollercoaster of life.

“I think the world almost had to stop for me to realise just how much I wanted to have a child.”

Jorgie – who plays the role of Theresa McQueen in Hollyoaks – and her fiancé Ollie Piotrowski welcomed son Forest on November 29.

Talking about the love for her newborn, 35-year-old Jorgie revealed, “I keep looking at him, thinking 'I can't believe you’re here.”

On the baby’s unusual name, Ollie said, “Jorgie took the lead. We got down to two or three options, but we didn’t want him to have a similar name to anyone else in his class at school so we decided Forest was the one. I love the name."

The lovely news came after Jorgie tragically miscarried quadruplets at 14 weeks in August 2021.

Meanwhile, Carley has described her Dancing on Ice experience as an “adventure” and has credited dance partner Mark for his "patience" and "tolerance."

She wrote on Instagram, “What an adventure I am having ..I feel so lucky to have this opportunity and experience… but it has been made super joyful and so much friggin fun because of this gentleman… his skills are ridiculous (have you seen him!!)

“But his patience, tolerance, understanding and kindness are also another level… such a great friend already… sorry love your stuck with me haha and quite literally when I’m close to falling."