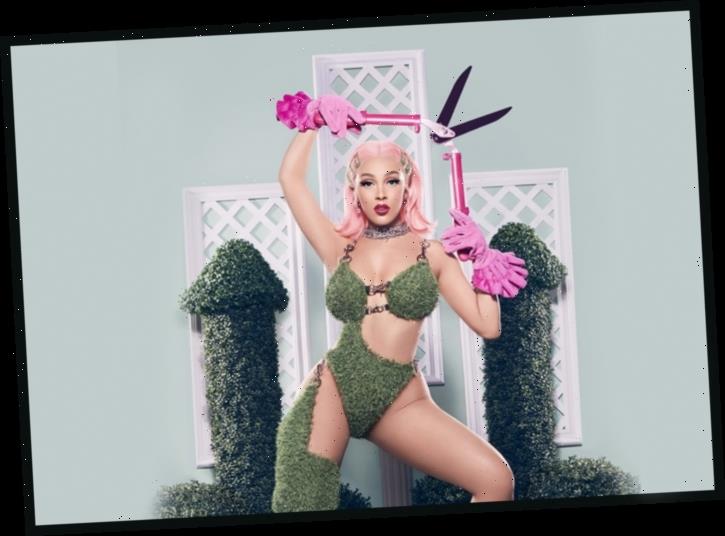 Doja Cat has released a video for “Say So,” a song from her second studio album, Hot Pink.

The disco-inspired clip sees the star, clad in a variety of retro mini-dresses, batting her eyelashes at a technician working on her record player as she performs by the poolside, and then hitting a nightclub, where she meets him again.

“Day to night to morning, keep with me in the moment/ I’d let you had I known it, why don’t you say so?/ Didn’t even notice, no punches left to roll with/ You got to keep me focused, you want it, say so,” she sings,

The visual contains a cameo from Instagram-famous dancer Donte Colley. Haley Sharpe, the teen from Alabama who created the viral “Say So” TikTok dance using the song’s score, gets a quick cameo as well.

A day ahead of the visual’s release, Doja performed the song on “The Tonight Show.” Halfway through the performance, she removed her long coat of lavender taffeta to reveal a jewel-encrusted jumpsuit with feathered sleeves and bell bottoms.

Doja is set to go on a North American headlining tour in support of the LP this spring.