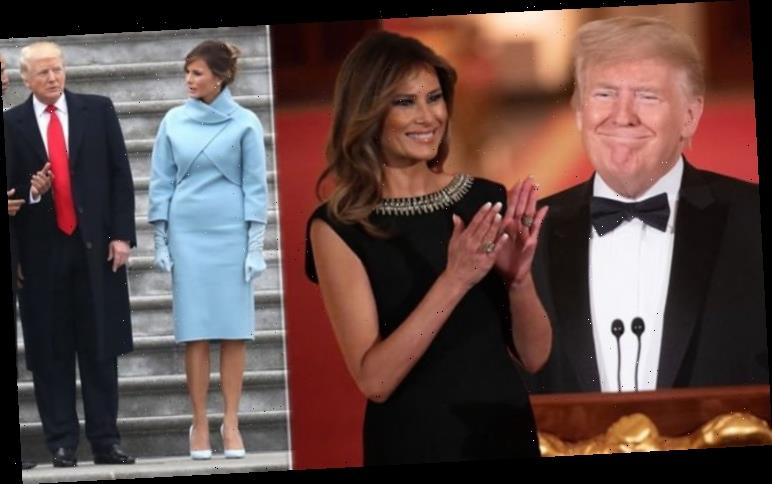 Melania Trump, 49, has been married to the US President, Donald Trump, 73, since 2005. In January 2017, Donald was inaugurated as the US President and Melania became the First Lady. What has their body language revealed about their relationship?

When the Trumps entered the White House, all eyes turned to see how they would handle their new role as President and First Lady of America.

When Melania and Donald first came into the Whitehouse office their body language was drastically different from what it is now, body language expert Judi James told Express.co.uk exclusively.

She explained: “When Trump was first sworn in as President his body language rituals with his wife created shock-waves around the world.

“After eight years of watching the Obamas perform a masterclass in mutually-affectionate and loving body language that was not only relatable, but which lacked the kind of over-performed stiffness of the ‘adoring puppy-dog’ glances Hilary would throw to Bill, it was assumed the bar had been raised for good in terms of showing POTUS and FLOTUS as an even-status, mutually-respectful team or double-act. 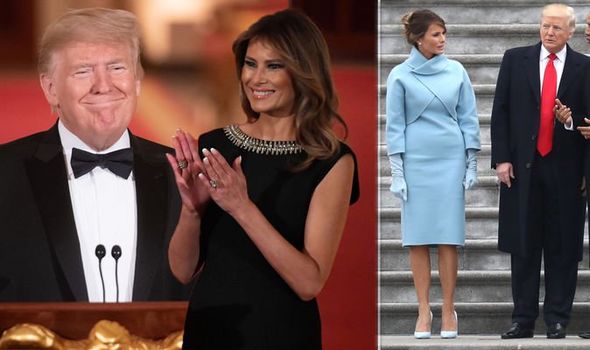 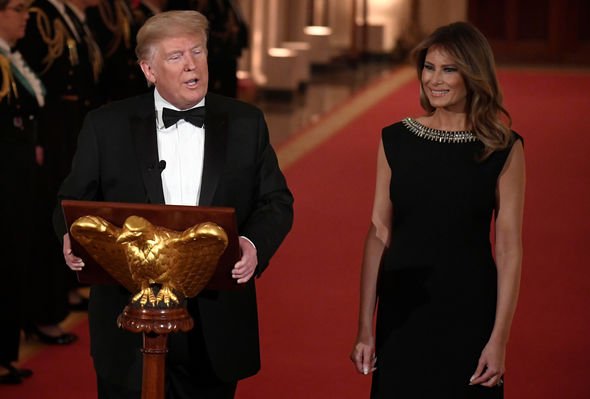 “But then Trump arrived in the White House and suddenly the roles were pitched back into the Jurassic era, where the alpha male preened and posed, looking omnipotent, while his un-equal female stood impassive and submissive in the wings.”

Initially, Donald displayed “alpha male” characteristics and dominated over his wife which caused many to wonder if Melania even likes her husband.

Judi said: “There were little or no PDAs between them and Melania’s Sphynx-like demeanour showed no apparent signs of liking of or affection for her husband.

“The pair played it more like business entrepreneur and his partner and when Melania did throw her husband a smile when he turned round during the inauguration it died quickly, forming what’s called a lightning smile.

“Trump appeared to use his daughter as his co-ambassador and Melania could once be seen behind them in a line-up rather than taking her husband’s side in the spotlight.”

However, in more recent years the body language expert revealed that the pair’s relationship has evolved.

“Gradually though, during their two years in office, the world has got used to Trump’s body language displays and there do seem to have been some evolving public relationship signals between him and Melania,” the expert said.

Melania now holds more power over Donald than she did at the beginning, according to Judi.

“Her perceived status has changed so that they are now seen as a more emphatic double act or power couple, and their subtler signals suggest she is holding surprisingly more power in the relationship that people first thought. 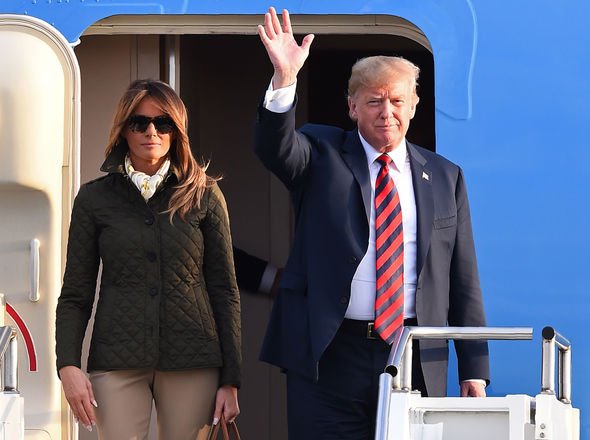 “There have been subtle signals that she’s on constant monitor duty for her husband and might be using tie-signs to flag up or remind him how to behave in the public eye.

“There have been a couple of hand-swatting gestures from her and some nudges when he forgot to place his hand on his chest as the anthem was being played.

“The couple now hold hands more frequently and there are some active attempts to show affection between them.

“Older photos of the pair do make Donald look very much the centre-of-attention alpha while Melania adopts the pose of super-beautiful arm-candy and it’s clear they might have wanted to re-design that body language dynamic.

“The apparent void between them is still ungiving in terms of open signs of genuine liking or admiration but there was one small moment that was surprising in terms of potential underlying affection. 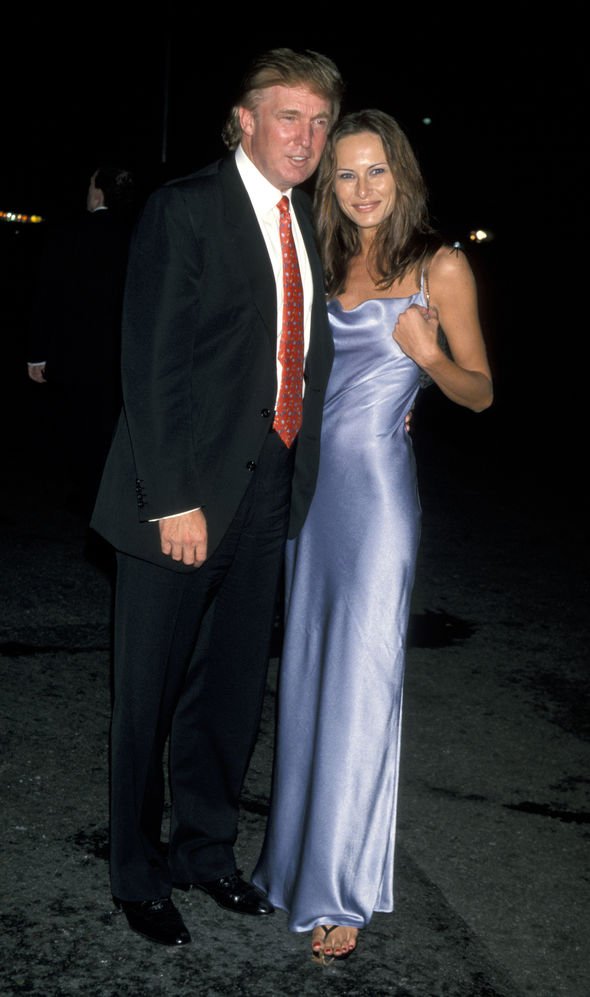 “Melania’s foot slipped as they were walking from their helicopter a year or so ago and Trump grabbed her quickly about the waist to catch her and steady her.

“Her response was no to swat him away but to stay in the small half-hug, while he added a reassuring rub.

“If their apparent disconnect had been a symptom of active dislike she might have jumped away or pulled away quickly but the moment did suggest some higher levels of affection than many people had assumed between them.”

On Sunday, Melania stunned next to the President at the 2020 Governors’ Ball held at the White House.

The First Lady wore a black dress with glistening embellishment at the collar and a floor-length hem, which covered her footwear.

The gown came from Carolina Herrera – a favourite designer of Spanish Royal, Queen Letizia – and it retails for around $3,800 (£2,936) and is in stock at Farfetch.com.