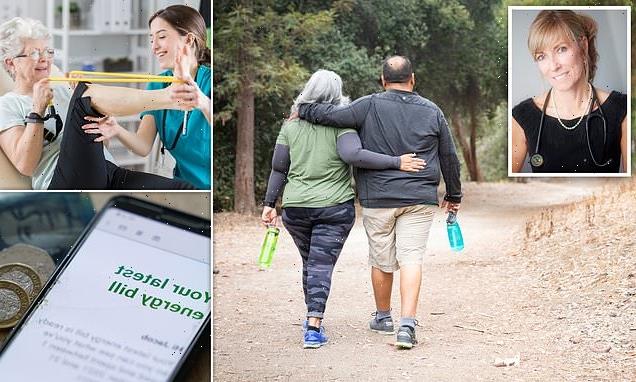 It’s not the job of us doctors to prescribe money off your energy bills or a walk for the overweight, writes NHS GP RENEE HOENDERKAMP

This country is in desperate need of a dose of common sense — but I hesitate to say so in case NHS chiefs announce that this valuable commodity will soon have to be prescribed by your GP, just like exercise.

Let me explain. The healthcare crisis tipped over into the surreal this week with NHS England’s announcement of a pilot scheme to ‘socially prescribe’ activities such as walking and cycling.

This followed reports at the weekend that, under new plans to cope with the cost-of-living crisis, GPs may be asked to write prescriptions for people who can’t pay their energy bills, so that they can get money off. Why our prescriptions should be used as part of the benefits system is beyond me, but let us first deal with this policy of prescribing exercise for our patients.

In a £12.7 million initiative involving 11 local authorities, 1,000 ‘health and wellbeing coaches’ are to be hired, along with 1,000 ‘care co-ordinators’ to handle the paperwork. (Yes, just what a service already strangled by red tape needs more of!) 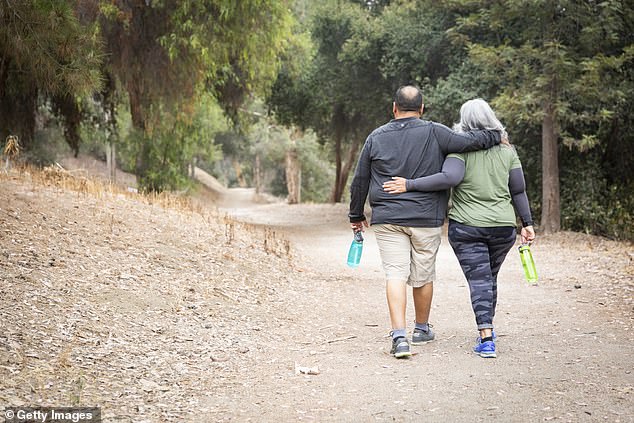 NHS GP Dr Renee Hoenderkamp said: ‘The healthcare crisis tipped over into the surreal this week with NHS England’s announcement of a pilot scheme to ‘socially prescribe’ activities such as walking and cycling’

The coaches will draw up individual care plans for patients with ‘non-medical needs where social and lifestyle issues are a significant risk factor’ in the opinion of their GPs.

In a further layer of farce, the Department for Transport has got involved, claiming that the project will boost its policy on ‘active travel’ — aimed at encouraging people to walk and cycle rather than taking the car or the bus. The walking and cycling minister — who knew? — is excited about it and points to the ‘enormous positive impact on physical and mental health’.

Of course, the health benefits are clear, but does it really take the might of two monolithic Whitehall departments — health and transport — to tell people that exercise is good for them and that being inactive and overweight is not?

As a GP, I have long seen it as part of my job to back up the wealth of public health education already available, promoting the benefits of moving more and eating less. But I do not believe it is my role specifically to prescribe this.

Given the huge post-pandemic backlog and the demand for appointments and referrals, plus the resulting pressure on the NHS budget, there is absolutely no justification for throwing cash at these gimmicky ‘get on a bike’ or ‘go for a hike’ prescriptions. 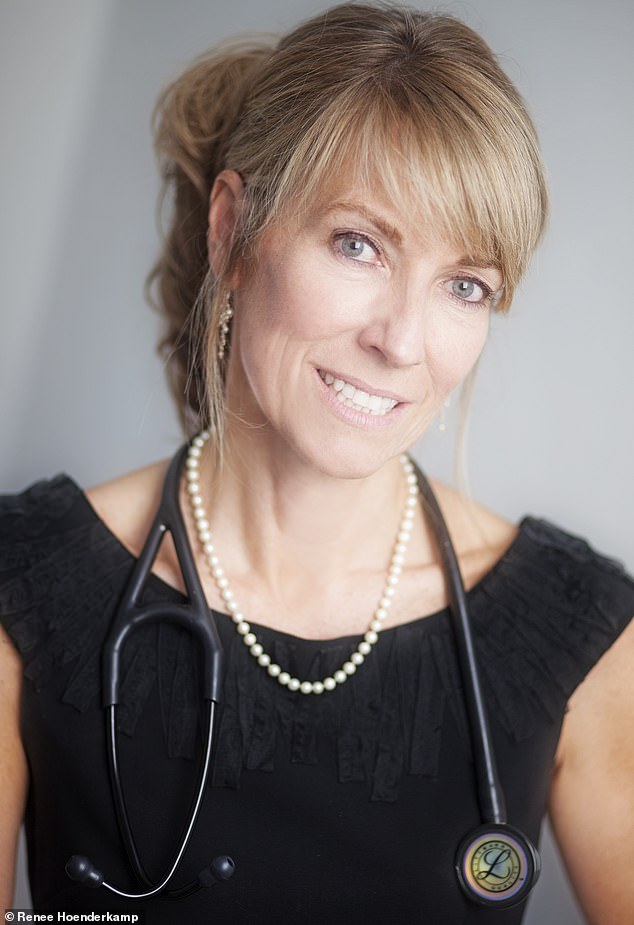 Dr Hoenderkamp said: ‘This is the height of nanny stateism. Health is no longer your responsibility, but is controlled and monitored by Whitehall’

These are activities that anyone who cares about their health can choose to do at any time. What’s next? Will I be having to write prescriptions for patients to: ‘Take the stairs, ten times a day, for the next two weeks.’

This proposal will simply stretch a struggling system even further. Patients are already waiting weeks for emergency appointments to see their family doctor for symptoms that cannot be dealt with by others.

How ridiculous if the waits get even longer because GPs are tied up with people who aren’t actually ill but who don’t take responsibility for their own health and require a doctor’s prescription to tell them what to do. Indeed, the initiative may actually have an unintended negative impact. Instead of empowering patients to get active and reduce their risk factors for diabetes, heart disease and other serious illnesses, it might make them feel they are powerless to do much without a prescription from the GP.

This is the height of nanny stateism. Health is no longer your responsibility, but is controlled and monitored by Whitehall.

How has it come to this, I wonder? We have just emerged from more than two years of a pandemic when it became clear very early on that obesity was a major factor in Covid fatality rates, while one in three Covid deaths were in people with diabetes. If people could plead ignorance before, they surely can’t now.

All the research shows that one of the surest ways to improve general health, both physical and mental, is to promote the benefits of sport and exercise rather than force it on people. 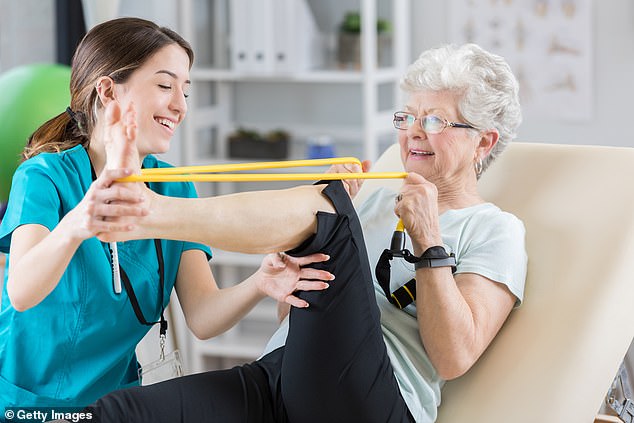 ‘Social prescriptions’ pilot scheme will mean doctors will be telling patients to ‘get on your bike’ or ‘take a hike’ to improve health. The pilot scheme is to be rolled out later this year aims to cut the rates of cancer and heart disease

Social change doesn’t begin in the GP’s surgery. It comes from schools reinstating PE as a priority, from sports fields being reclaimed for our children to exercise in, from high quality health education so that young and old understand what a good diet is and how an ideal body-mass index can reduce the future risk of high blood pressure, heart disease and type 2 diabetes.

GPs already have their hands full treating people who are ill. Television and the internet, alongside the nation’s gyms and sports clubs, are the tools we should be using to get people active again.

We’ve just enjoyed an exceptional summer of sport, with the wonderful Lionesses winning the Euros and a spectacle of athletic excellence staged at the Commonwealth Games in Birmingham.

These are the events that should inspire millions to get running and cycling. You don’t have to have a gym membership and certainly not a wellbeing coach or a care coordinator to start exercising. There are countless video courses on YouTube to follow. A half-hour workout with Joe Wicks will put a smile on anyone’s face while getting a sweat on, and I’m a great fan of the BBC’s ‘Couch to 5K’ programme, aimed at helping even the most unfit to start jogging. 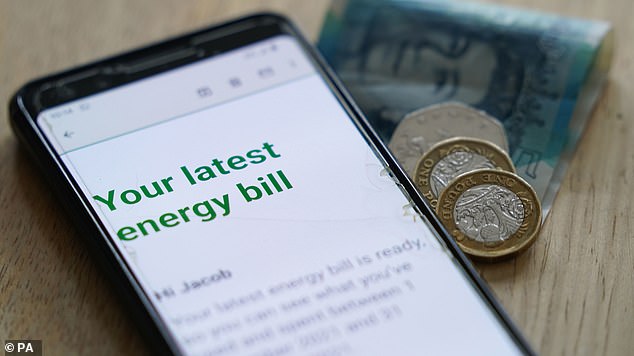 Patients and doctors have ‘completely rejected’ Government plans for GPs to write prescriptions for cheaper energy bills for struggling families this weekend. The Treasury’s radical proposal would mean sick or elderly people could consult with their GP to see if they needed a discount for their home

With internet and smartphone access now as prevalent as TV, there’s no reason for anyone to miss out on these benefits.

The last thing we need is for doctors to act as ‘gatekeepers’.

If people think they need to get a prescription before going for a walk or a bike ride, they’ll have a ready-made excuse to do nothing.

Worse, if the ‘social prescriptions’ scheme sparks a false belief that GPs can provide vouchers for free bicycles and other financial inducements to exercise, many doctors may find themselves besieged by healthy patients wanting something for nothing. GP surgeries should never be the access point for any financial benefits, and GPs should never hold the purse strings. It can only lead to confrontations.

Patients start to see their doctors as adversaries — and doctors are put at risk of facing a barrage of demands and even abuse if they dare to say no.

Which brings me to that other, even crazier Whitehall idea of Treasury plans for GPs to write prescriptions for people for money off their energy bills.

Apparently, Chancellor Nadhim Zahawi has been encouraging his team to ‘think outside the box’ to come up with proposals to help the poorest and most vulnerable this winter. Well, that is admirable — but the idea is not.

The chaos that would unleash doesn’t bear thinking about — the GP system would collapse.

How are doctors supposed to gauge which applicants really need benefits? Isn’t that the job of the Department for Work and Pensions?

Who wants to speak to their GP about their finances anyway?

Does anyone ever talk these ideas through, or has the NHS become a think-tank run by people out of touch with reality?

Social prescribing and other half-baked policies are a distraction from the main issue. Britain’s waiting lists are longer than at any time in our history, with 6.63 million patients and counting waiting for consultant care. As an example, that £12.7 million for the bike or hike prescriptions could provide around 16,000 people living in chronic pain with replacement hips — new hips that they could use to start exercising again.

The number of people who have been waiting more than a year for treatment now stands at 335,000, seven times more than in June 2020. And while the target is to provide cancer treatment within two months of an urgent GP referral in 90 per cent of cases, the reality is that just 60 per cent will meet that deadline.

That’s where the money should be being spent. That’s where the extra staff are needed. At a time when the NHS is stretched to the limit, and GPs are leaving in their droves, the last thing we should be doing is wasting health service funds on prescriptions for walking, cycling — and on who should pay less for their gas bills.