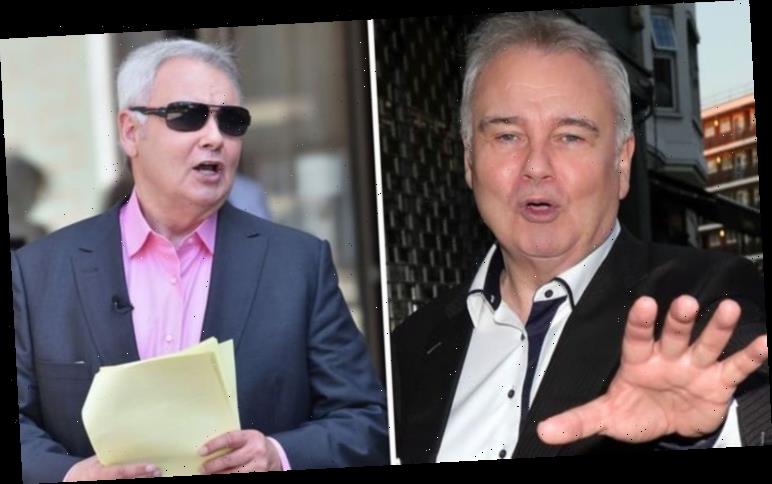 Eamonn Holmes, 60, has blasted the upcoming end to free TV licences for pensioners. Earlier this month, it was announced that from June people aged 75 and over will have to pay for their TV license.

Why isn’t there a bigger outcry about this?

The This Morning presenter took to social media to raise awareness of the issue with his one million followers.

Eamonn responded to a tweet which highlighted that pensioners will have to sacrifice the “only company they have”.

The initial post read: “Free TV Licences funded by the Government for all over 75s will end in June.

“We have limitless billions for Brexit & HS2 but many pensioners must choose between food & heating & what for many is sadly the only company they have. We are governed by a shameless shower of charlatans.” 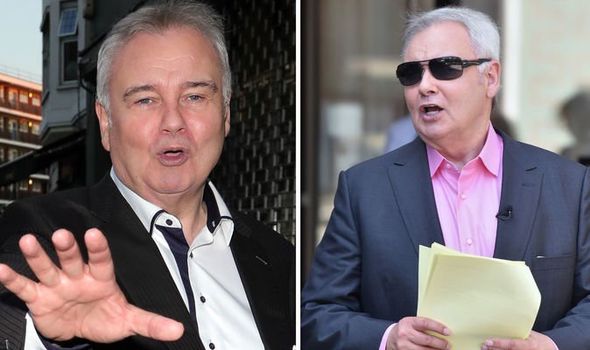 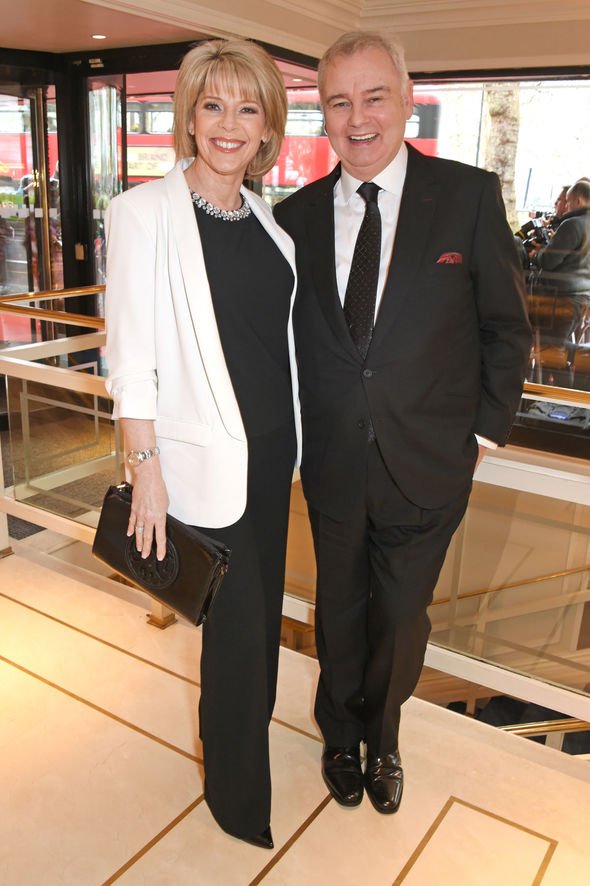 The broadcaster then shared his own views on the topic, demanding a bigger “outcry” over the issue.

Eamonn wrote: “Why isn’t there a bigger outcry about this?

“For so many older people this is the main companionship they have – their TV set. Shame on everyone involved. #tvlicence.”

Fans of the TV star flocked to the comments to throw their support behind his tweet. 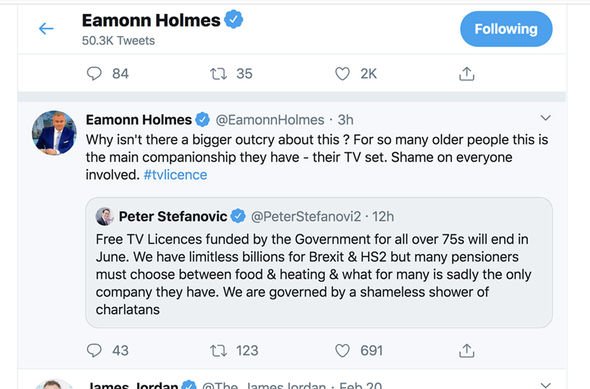 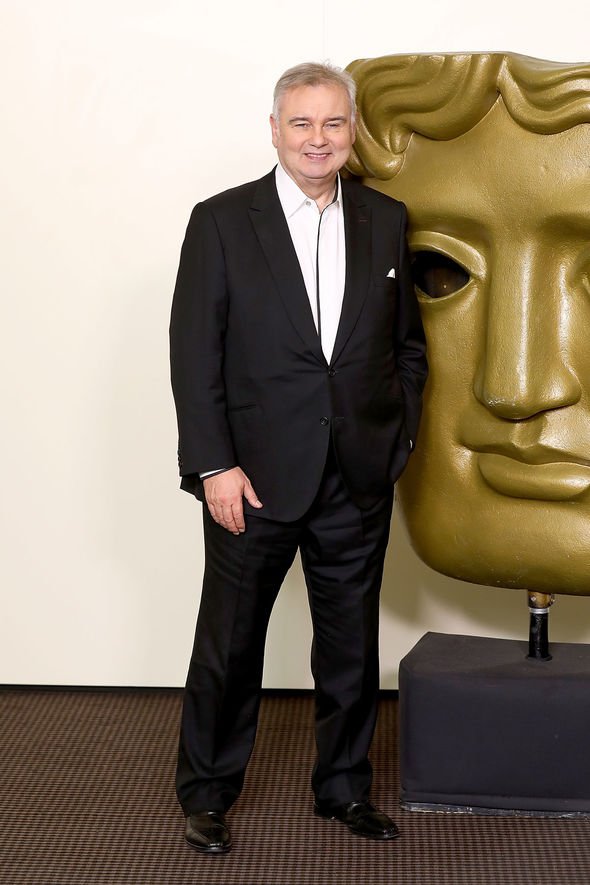 Another commented: “Absolutely needs to be talked about more. It’s awful.”

A third added: “Well said Eamonn, too much stuff going under the radar!”

The post comes days after Eamonn’s wife and This Morning co-host Ruth Langsford, 59, revealed she had once dismissed her husband’s health concerns back in 2006.

Last week, Eamonn brought up the time Ruth dismissed his scarlet fever as “man flu”, during a segment on the resurgence of vitamin deficiencies.

Scarlet fever is a contagious infection that primarily affects young children, according to the NHS.

The first signs of the illness mimic flu-like symptoms such as a high temperature, a sore throat and swollen glands.

Exposing his other half on TV, he said: “Or for me, scarlet fever. I had scarlet fever which my wife diagnosed as ‘man flu.'”

Ruth admitted it did happen, she recalled: “I said, ‘Oh take a paracetamol and go to bed.’”

However, things quickly took a turn for the presenter after he was taken to hospital for the illness.

Eamonn then highlighted: “I was hospitalised”.

Apologising for the incident, Ruth added: “I did feel quite bad about that, sorry. I’ll say sorry again.”