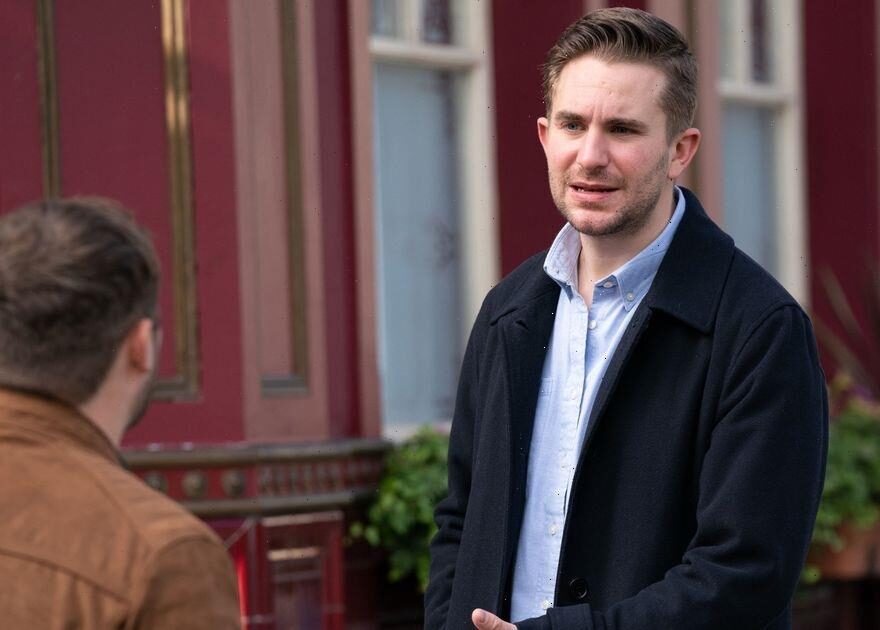 Following his harrowing rape ordeal, Ben tells Callum the news that all charges have dropped against Lewis, with Callum comforting Ben following the revelation.

As they wait to hear about Lola Pierce following a seizure, it begins to look that Ben and Callum's relationship could be rekindling after months apart, as the former flames sit and chat.

Following news that the couple could reunite, fans have since taken to social media to discuss Ben and Callum's future on Albert Square.

Callum and Ben stay together

Ever since Callum and Ben originally became a couple, the Ballum fandom has gone wild for their on-screen interactions – and were left devastated when they split up.

However, following Lola Pierce's cancer diagnosis, EastEnders bosses have hinted that the couple may get back together permanently – after Lola desperately trying to help them reunite.

Fans are eager to see Ballum rekindle their romance, with one saying: "Lola bless her still believes like I do, they're meant to be and Callum is family. This is how Ballum are getting back together through Lola's illness," followed by crying emojis.

"I hope this week is all about our boys Ben and Callum," said a second, while a third added: "Lola trying her best to get Ben and Callum back together. I'll miss her when she's gone."

However, viewers also expressed their concerns for Lola and begged for her not to spend time sorting out their relationship – and instead to focus on herself.

"Lola, you need to stop bringing Ben and Callum back together. They need to sort out their own issues in their relationship," another viewer said.

"Lola you really need to focus on yourself. Ben and Callum are grown men, let them sort it," added a fifth.

Despite a reunion looking likely on the cards for Ben and Callum, not all fans agree that the couple should get back together.

Although Ballum has a huge fandom, some feel that the two should just stay friends, rather than rekindling their romance.

"With the way things are now currently, Ben and Callum are just better suited as friends for now with Callum offering Ben support when needed whilst he still comes to terms with his trauma," said one viewer.

A second added: "Callum's made mistakes and these need to be resolved before Ben and Callum get back together. Ballum have had major cracks in their relationship right from 2020 and they are going around in the same circle."

Meanwhile, other viewers do not want Ben and Callum's romance to detract from the storyline involving Lola, with a third adding: "I don't want Ben or Callum to become the main part of Lola's storyline. I want to see how Lola, Jay and Billy focus on making her last days meaningful. I want scenes where she's trying to give Lexi life lessons for the moments she will miss."

During their time apart, Callum struck up a friendship with new Albert Square resident Felix – and some fans have suggested that the two could even become a couple.

One said: "I wouldn't mind if Callum and Felix pursue something romantically," while a second added: "It's time for Felix's head to be turned by someone."

A third agreed, saying: "I also think spending time with Felix has also been good for him. Callum needs company and is allowed to move on, but also that time with Felix may help Callum to realise that."

"I do hope Felix and Callum get closer or at least become close friends," commented a fourth, while a fifth added: "If a relationship does develop between Callum and Felix, there's genuinely nothing wrong with that. Callum can't and shouldn't be expected to remain in limbo over Ben, a man who had paid him no respect throughout their relationship, he deserves more than that."

However, some viewers do not seem to agree, with a sixth commenting: "There was no chemistry between Cal and Felix."

Meanwhile, in a poll asking if Callum should get back with Ben or be with Felix, nearly 60% of people voted overwhelmingly to "Try again, again with Ben," while 40% voted to "give Felix a fling."

Lexi is the daughter of Ben Mitchell, but viewers think that if Lola does die from her brain tumour, then Lola's grandfather Billy should be named as Lexi's legal guardian.

"Billy looked up to Lola like a daughter," said one fan, pointing to the close bond that Lola and Billy have with one another.

Another said: "Lola is the best mother that Lexi could ever have and she's responsible," adding: "I hope Billy or Jay apply for custody."

"I know Ben will be part of the storyline, but I want him to be in a supporting role. I would love to see Lola make Billy and Jay Lexi's guardians," agreed a third.

A fourth said: "I think Lexi will have Billy and Jay as support in terms of her care."

However, other fans do not agree, and think Ben should be Lexi's guardian, with a fifth saying: "With Lola's new storyline starting this is Ben's chance to step up on his father role for Lexi and make up for the last 6 years that he has missed of Lexi's life."

"Lola taking that snap of Lexi at the show and the others. Shame she couldn't of gotten in a photo knowing she's gonna die, it's so heart breaking. Callum and Ben there for Lexi and Lola," said a sixth.