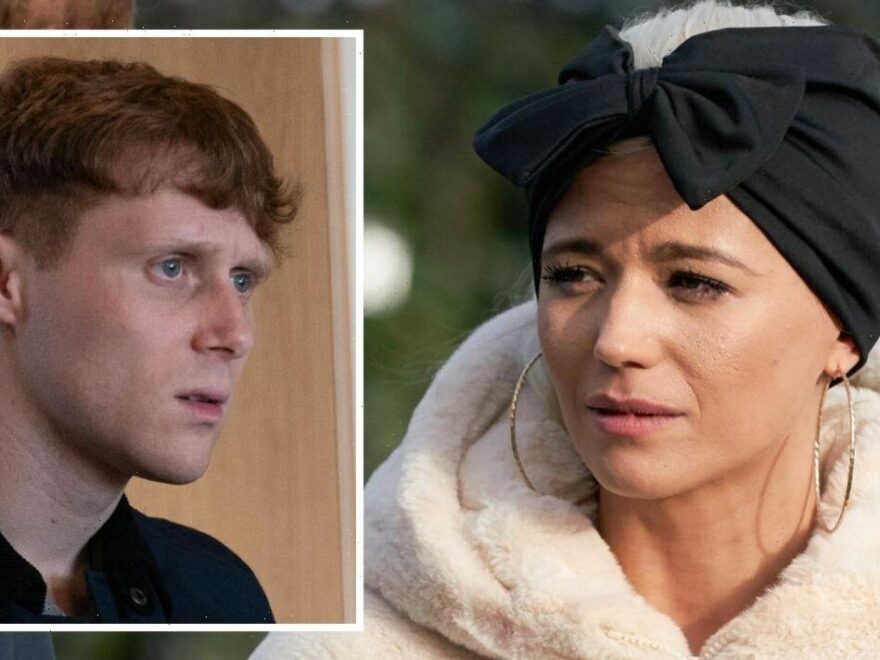 EastEnders Christmas special is set to have hearts racing as Mick Carter (played by Danny Dyer), Janine Butcher (Charlie Brooks) and Linda Carter (Kellie Bright) have a dramatic showdown with one of them not coming out alive. However, for some, the festive period sees new opportunities ahead, especially Jay Brown (Jamie Borthwick) as he plans on proposing to his girlfriend Lola Pearce (Danielle Harold).

Official spoilers reveal that in upcoming scenes, Lola wakes up on Christmas morning to find her daughter Lexi Pearce (Isabella Brown) opening presents, with Jay handing her one too.

As the family enjoy the day, Billy Mitchell (George Greenland) commends Jay on sticking by Lola during her recent cancer diagnosis.

Jay reveals to Billy that he’s going to propose to Lola in the evening, to make her potentially last Christmas the best one yet.

Later, Jay enlists the help of Ben Mitchell (Max Bowden) to organise an outdoor Christmas wonderland to set the stage for his proposal.

Once Lola is outside, she’s stunned by the display before Jay gets down on one knee and asks for Lola’s hand in marriage.

She is left shocked but will she say “Yes”?

Lola was recently diagnosed with a terminal brain tumour after she collapsed in her daughter’s school toilers and had a seizure.

She has since undergone surgery, in the hope to have the tumour removed and being given the all-clear.

However, the operation was proven to be unsuccessful and with doctors coming to the conclusion her condition was terminal.

Ben, Lexi’s father, has been determined to give Lola the best chance of fighting the disease and living a long and happy life.

He decided to sell the Arches and use the funds for experimental treatments and clinical trials, but she was left heartbroken further when the doctor revealed it was too early for drug trials.

Lola was devastated, struggling to hold back the tears as she left his office.

Afterwards, she returned home with Jay and Ben, who both had trouble getting their head around the news, as they promised to enjoy life and Christmas as a family.

Knowing that she has a terminal illness, Lola could turn down Jay’s proposal over fears of leaving him widowed soon after they tie the knot.

Lola may not want to give Jay false hope that they will eventually get married, being another reason she could say no to his proposal.

However, it is unlikely that she will say no to Jay as the pair have been in love with one another for years, despite their brief splits.

It has recently been revealed that Holby City actress Patsy Kensit will be arriving in Walford as Lola’s mother, Emma Harding.

Speaking about her arrival in Walford, Patsy told Metro.co.uk: “I’m so excited to be visiting Walford for this storyline.

“It has always been a dream of mine to appear in EastEnders. The cast, producers, writers and crew have been wonderful, and I’ve had a ball. Thank you so much for having me.”

“Having spent a lifetime apart, Emma becomes desperate to make up for lost time, but her secret sadness and guilt are never far from the surface.”

EastEnders airs weekdays from 7:30pm on BBC One.