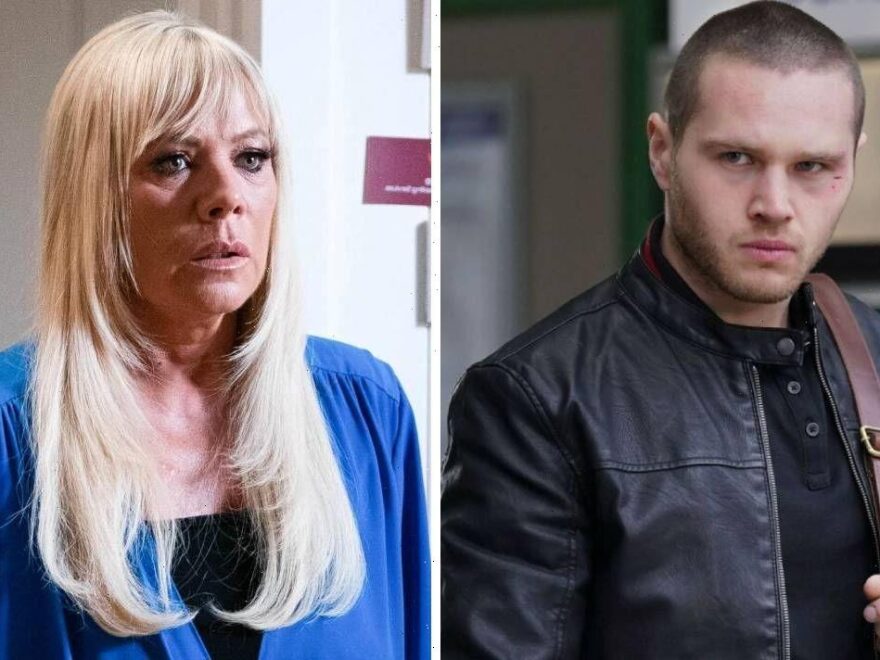 Keanu Taylor (played by Danny Walters) is the eldest son of the Taylor family who has always acted like the “man of the house” for his younger siblings. He left under dramatic circumstances two years ago, fearing that Phil Mitchell (Steve McFadden) was going to kill him following his steamy affair with Sharon Watts (Letitia Dean). Little did viewers know that Keanu’s story in Walford was far from over.

WARNING: This article contains spoilers from EastEnders.Sonia Fowler (Natalie Cassidy) and the rest of Walford’s residents were gutted to learn of Dot Cotton’s (June Brown) death at her home in Ireland.

Since the news broke, everyone has been busy trying to make it a fitting tribute for Dot.

Unexpectedly, at the end of the latest episode, Keanu Taylor, Karen Taylor’s son was seen in the square after two years.

While it may feel that he has shown up out of the blue, Keanu has a couple of good reasons for making a comeback.

Talking to Express.co.uk and other press, actor Danny Walters said: “Sharon’s a strong force but he now has Peggy and Albie, and Keanu’s always been the man of the house in the Taylor household.

“So where he’s not had a father figure in his life, the way I’ve played it is that he has always wanted to be the dad that his dad wasn’t.

“He goes into old habits where he sees himself becoming like his father, so he tries to change those habits.

“I think while he was in Portugal, and while he was away from the square, he had a lot of time to think about things, to grow up. and it got to the stage where he had to take his future into his own hands and there was only one way which was to come back to the square and face the music.”

Walters then went on to state how he wants to build a relationship with Sharon as well who he was madly in love with prior to leaving Walford.

He continued: “Sharon was always the reason that Keanu had a bit of purpose and a bit of drive.

“There was a deep, deep attraction to Sharon that I guess even Keanu couldn’t explain if you asked him and there is something that he is drawn to.

“And it’s reciprocated because Sharon has someone, not just because he’s younger but someone who appreciates Sharon for who she is and that’s why that relationship works so well.

“So Keanu has come back to the square with the intentions to create a relationship with his son, make an impression on his son’s life but also to rekindle his relationship with Sharon which is maybe a motive.”

Keanu and Sharon embarked on a steamy affair in 2018 when Phil left for Spain on business.

Upon his return, their romance stopped and Keanu found a connection with Phil’s daughter Louise Mitchell (Tilly Keeper).

When things started to go belly up between them, Keanu and Sharon continued their romance, which led to her falling pregnant and Phil thought the child was his.

Simultaneously, Louise was also pregnant with Keanu’s baby and when Phil discovered the truth, he was raging.

He went on the run in a bid to escape Phil’s wrath but a couple of years on and Keanu is back.

Executive producer Chris Clenshaw teased that there was “unfinished business” for the former mechanic.

He added: “He returns and Phil’s not in Walford at the moment but it’s not too long before Phil’s back.”

EastEnders is available to watch on BBC One and BBC iPlayer.